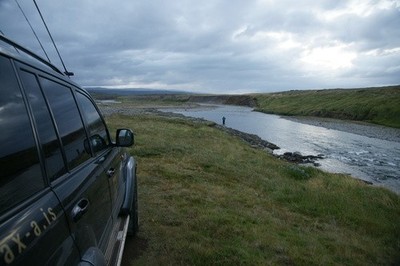 2010 was such a good year on one of our favorite self catering rivers when almost 800 salmon where landed from Langadalsa and Hvannadalsa rivers. For some reason most of Iceland west coast rivers have been slow this 2011 season , disapointing catch of total about 380 salmon from Langadalsa and Hvannadalsa was the outcome of this summer. Well I trust that in 2012 we will be right back on track with Hvannadalsa and Langadalsa , these two beautiful rivers are amongst of our all time favorite. Both fly only and lot of catch and release is practising now on both rivers. Both offers great sport with full floating lines , small flies and riffling hitch. Prime time is from middle of July until late August.