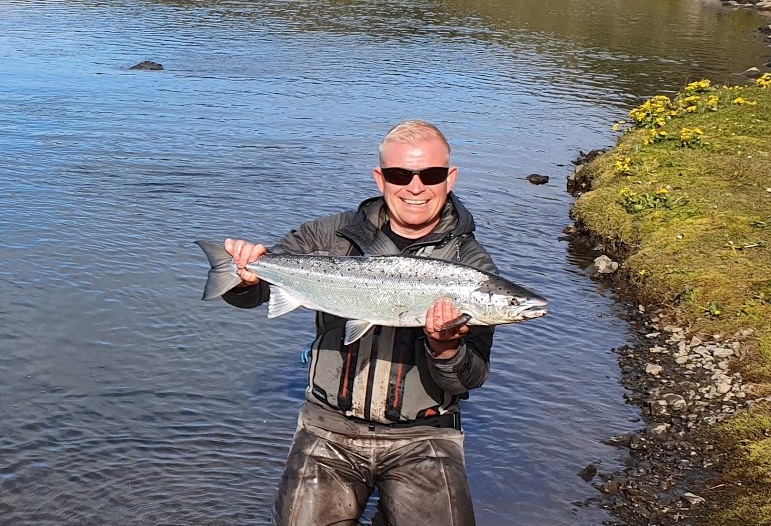 Now it has been a few days since the season started in rivers Blanda, Nordura and Þverá/Kjarará.

River Blanda has started okay as it holds water very well being in part a glacial river. The river is though very low in water so there is not much stopping the salmon from going straight to the upper beats. I personally had the good fortune of fishing the river for the past two days and i managed to get two large salmon and was pleased with the result.

River Nordura and Þverá/Kjarará are serious low in water as it has not rained there for six weeks. Needless to say the catch has not been good so far with fish reluctant to enter the rivers and when they do they all stay in the same deep pools and are hard to catch.

Rain is on the forecast on June 19th and we hope that it will materialize.

Pictured is Mr. Johannes Hinriksson with a fine springer from Blanda.