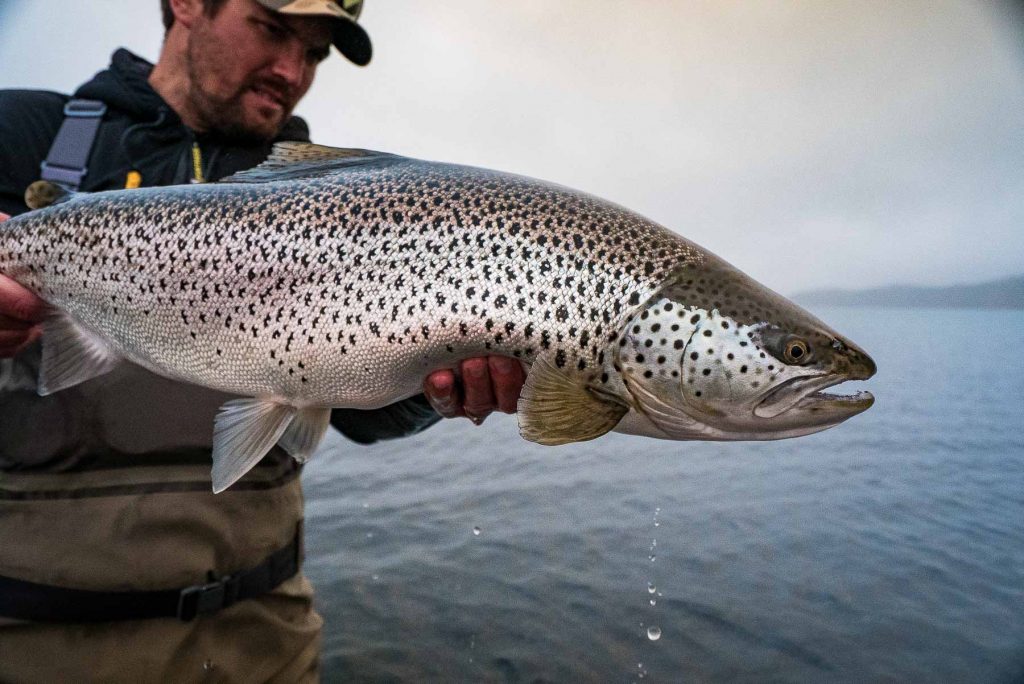 Iceland is a paradise for trout fishing. In the country you can find several species of arctic char and also sea run arctic char. The Brown trout also comes in a few different sub species and then there is also the sea run version.

For the arctic char we would recommend river Litlaá and Varmá. Big arctic char can be caught in both rivers. Both rivers also have brown trout as well as the sea run.  For sea run arctic char we offer the trout beat in Svartá river and Miðdalsá river.

For the most constant good fishing for brown trout we would recommend either the Laxa- Myvatnssveit or the Laxardalur. They are considered some of the best brown trout rivers in the world. We also offer the trout beat in Tungufljot for a more budget price. For the chance of the really huge brown trout you should try Lake Þingvellir in the spring.

In Iceland there are also lakes all over in which you will find both brown trout and char. Licenses are usually cheap and can often be purchased at the nearest farm