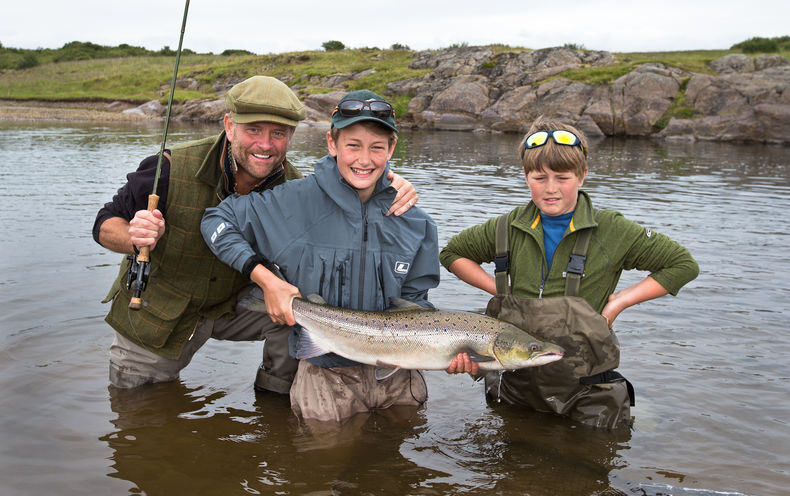 The Þverá is the lower part of the Thvera/Kjarra river, originating in the north-western highlands of Iceland. Thvera has all the qualities that make Icelandic rivers unique in the world of salmon fishing. Crystal clear water and endless variety of pools flowing along lush fields and fertile farmland.

The Thvera/Kjarra river boasts some of the highest catches of any Icelandic river. The average catch for the past ten years is just under 2800 salmon annually with the best year exceeding 4000 salmon landed. The prime season runs from the last week of June well into August and in recent years the best weeks have produced over 600 salmon between the two lodges. During the prime period on the river an angler can expect to land between four to six salmon to his rod per day.

Here you can read more about the river – Þverá

Invest in your soul – go fishing!