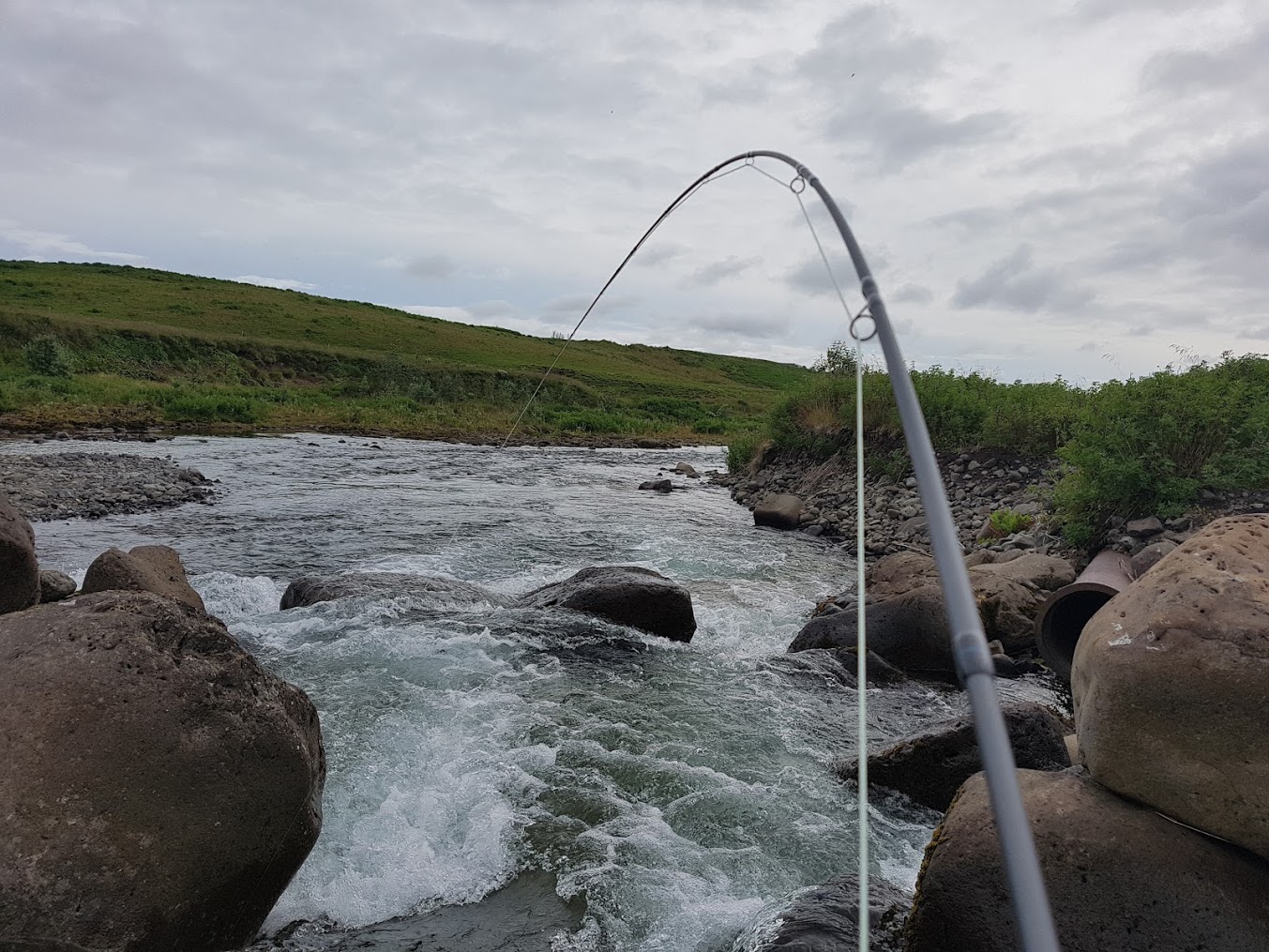 I had the good fortune to fish our new river Leirvogsá after work recently. The river is an absolute gem, small river with gin clear water – very challenging.

When i arrived the river was in absolute perfect water levels and salmon was seen in most pools. As the water levels were good i decided to use a very small German Snaelda with a cone just to reach a little better below the surface in the fast water.

I came up to a nice fast flowing pool and cast across and let the fly slide across the current. Bang… in the middle of the fast water there was a heavy handshake. I felt at once that this was no grilse and when he jumped i saw that this was a MWS about ten pounds and had taken a little brownish color.

The fight continued in the small pool with several acrobatic jumps. I was calm and did not think this fish would give me much trouble; the fly seemed very well hooked.

Then the fish did something which took me by surprise. He swam upstream really fast towards me and i had to reel in quickly. The fish passed me and found a large rock in the middle of the river where he went deep under. I had no time to react and then everything was totally stuck.

I waded out towards the boulder but the current was too heavy for me to reach down and free the line.

I had to break the line in the end, the sneaky fish had won the battle. I bowed with a smile and thanked him for the fight, he thoroughly deserved his victory.

In the picture you can see how my line is stuck under the boulder.