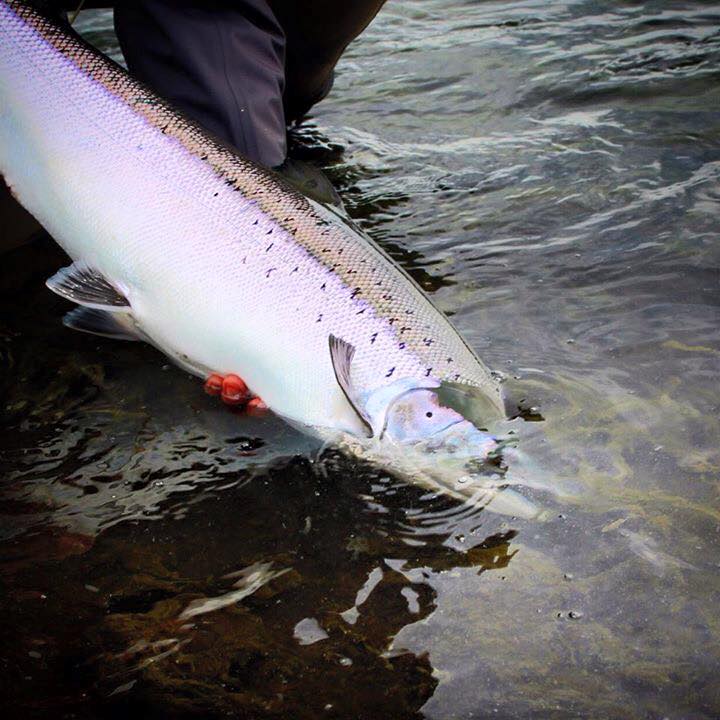 The spring has been on the colder side in Iceland this year and the water temps colder than usual.  This has resulted in salmon running a bit later than normally but now they are finally home.

We have had reports of numerous rivers where the first salmon have been see, Laxa Kjos, Laxa Leirarsveit, Elliðaár – to name a few. Unlike last year they will have plenty of water int he rivers to run as the spring has been wet and there is plenty of snow in the mountains. We are very optimistic about a good season here in Iceland and now there is less than a week until the first rivers open.