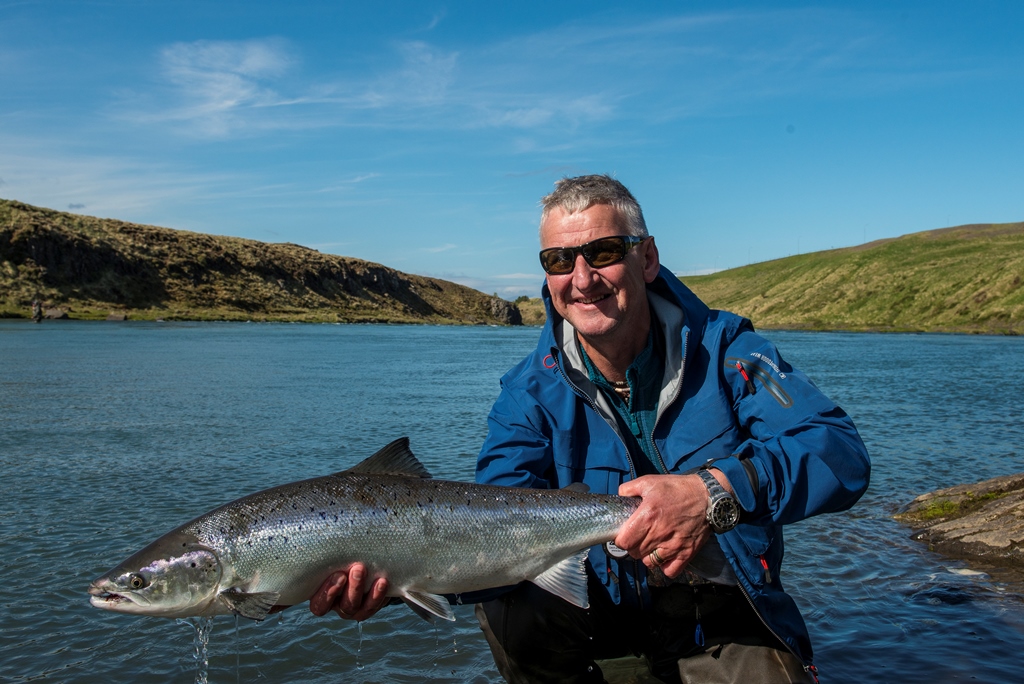 The salmon season has started in Iceland and the famous Lax-A river Blanda up north opened on the morning of June 5th.

On the first whole day 15 salmon were caught and fish were seen in all pools. The fish were well held and fat MWS some even with sea lice.

On the second day the weather took a turn for the worse with heavy wind blowing from the north and temperatures dropping below 5C. In those conditions fishing became more challenging and the salmon lost their appetite somewhat. Day two gave 10 salmon.

The last morning shift gave three salmon with the total count of the opening days 28 big salmon. That is not bad on a four rod beat, not bad at all.

We have a few rods left in Blanda, mostly in August. The river is definitely one you should try out.