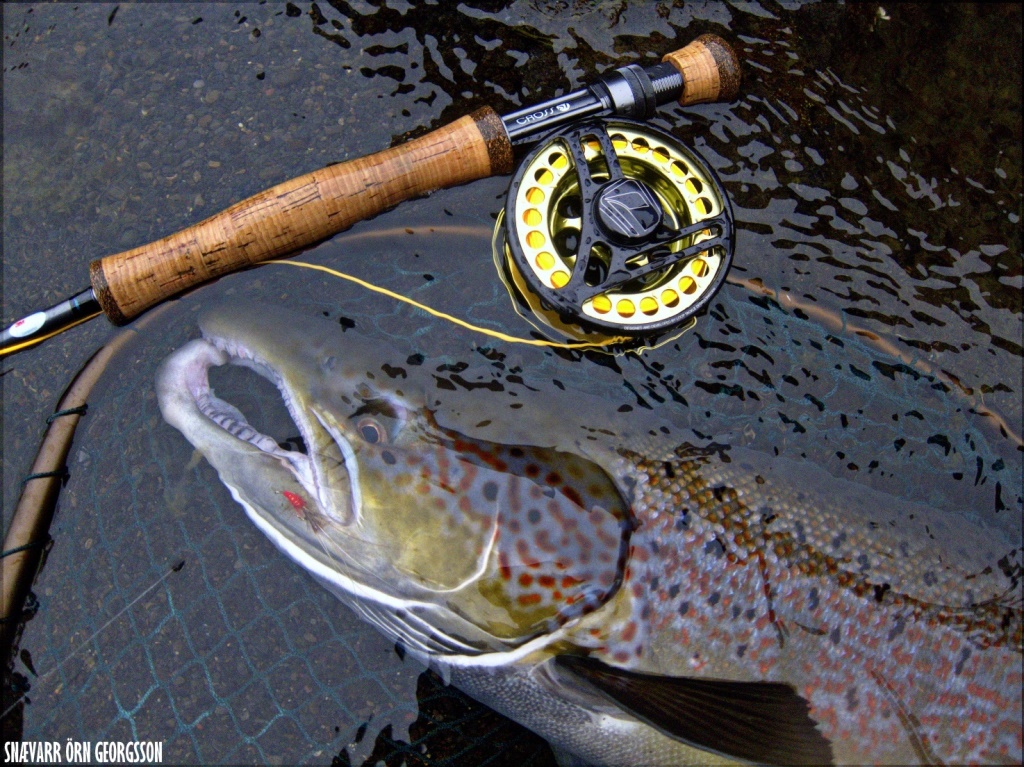 Beat four in Stóra Laxá has been very good all summer. We had an early run of big salmon and a lot of them. The opening of the beat was best in ages and the fishing has continued to be good. Over 90% of the salmon caught are MWS with the odd sea trout in between.

I would strongly urge you to try out the beat for next summer. Stóra Laxá beat 4 is pure beauty, gin clear river in a massive canyon.

Attached is a picture of a beautiful Stóra Laxá salmon caught, filmed and released by Snævarr Örn last week.