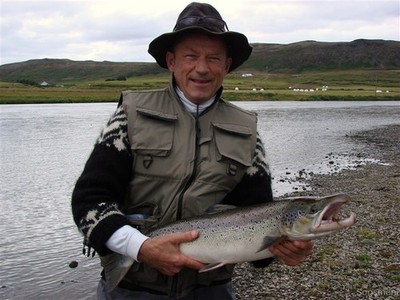 We heard from Stéfan Viðarsson and fellow angler, who were fishing in Asgarður-Sog. They had two great shifts and finished the day with nine salmon. The later shift yesterday was a real treat but then they lost fifteen salmon and landed seven. They caught all the salmon on a Sunray Shadow and Francis Conehead, red and black. All of the salmon were with sea lice and most of them were caught in Flúðasteinn, Ystu Nöf and around Símastreng. Good news and hopefully this means that the catch has properly started.