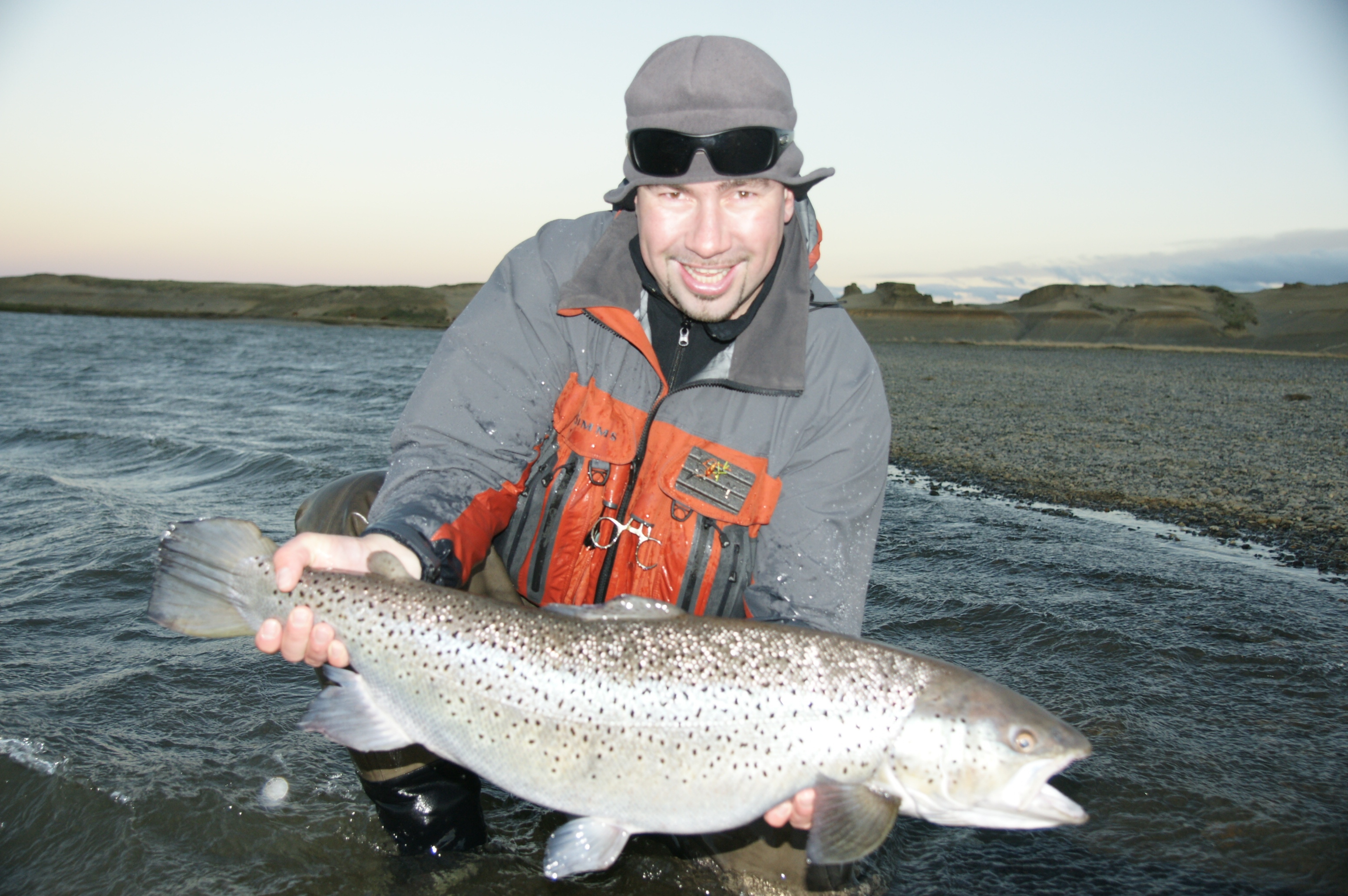 The story of the great big sea trouts in the south!

In the south of Argentina, Patagonia you will find the worlds famous and best rivers for sea trout. This season from various beats of Rio Grande we landed 28, 26, 26, 24, 22, 21pound, as well as good numbers of 15-20 pounders and many smaller ones in the size from 8 to 15 pounds.

The success of the fishery on the Rio Grande is a modern-day fisherman’s Cinderella story. In just a decade, through access control and the diligent promotion of catch and release, average catch results have risen remarkably from less than a fish a day in the early ’80’s, to multiple fish per day, per person. Weeks are normally from 10 to 50 seatrout a week pr. person

The Rio Grande flows from East to West, from the Andes to the Atlantic Ocean, through 70km of Argentine territory. The landscape of Tierra del Fuego is reminiscent of Wyoming or the Scottish flow country. It is a sparsely populated wilderness. Large sheep farming estancias share this land with herds of wild llama-like guanacos, red foxes, and condors.

Starting with the opening of Kau-Tapen Lodge in the early ’80s, the Rio Grande became the most productive sea-run trout fishery in the world. However, trout numbers fluctuate with conditions at sea, tides, water levels, and a host of other natural factors.

The rivers Rio Grande and Rio Gallegos have nourished and hosted the sea trout in the south for almost a century. The existence of these BIG, strong and fun fighting sea trout we owe to two gentlemen John Goodall and Jose Menedez back in 1935. They received 100.000 salmo trutta eggs which had been packed in milk cans, water, moss and sent from a seaport in Chile after arrival from Europe. Despite the difficult journey 60.000 eggs survived and were carefully stocked into two tiny tributaries of the Rio Grande river. During the following years the Rio Grande became well known for its strong and big runs of fresh hard fighting sea trout.

Rio Grande has been a strictly CATCH AND RELEASE river from 1983. That decision has been a great success with increasing numbers of average catch rod/week and last but not the least an INCREASE of average weight of the sea trout from 7 lbs 1983 to 12 lbs in 2004. Guides are equipped with nets ad will assist guests in weighing and releasing fish without damaging them.

Note: Larger streamers should be weighted and all should be tied on heavy hooks with good gapes. Treble & Double hooks are not allowed on the Rio Grande. 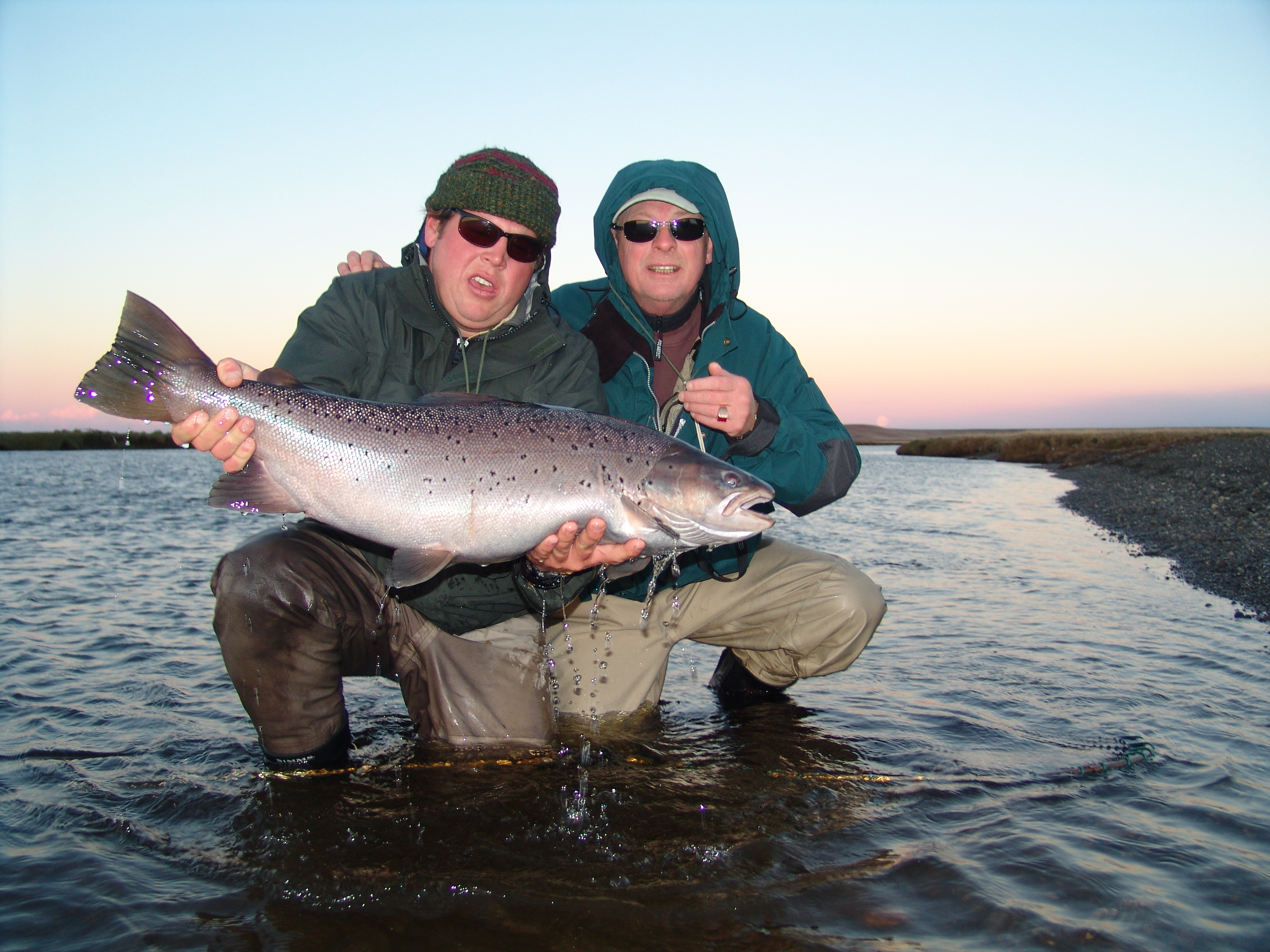