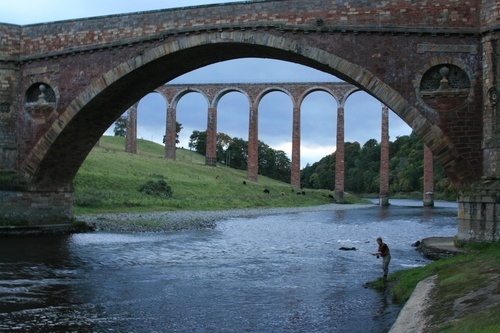 Scotland’s phenomenal salmon fishing season is finally coming to a close. With virtually all regions reporting the best catches for many years, the mighty Tweed – the only Scottish river still open – will have recorded a truly exceptional year by the time its season ends on November 30.

The number of Tweed salmon caught in October alone, at 5,163, exceeds the total for the whole of 2009. The year is likely to end with around 14,000 entered in the record books.

The River Dee, which closed on October 15, was in deep crisis only a few years ago. But the final figure for 2010 of approximately 8,500 – almost double the total of 2008 – illustrates the remarkable recovery it has enjoyed through diligent conservation measures both in the river and in the deep-sea feeding grounds.

Lax-a’s own Lower Crathes/West Durris beat had its best catch for several years with 487 salmon landed, significantly exceeding the five-year average of 400.

The 2010 season on the River Tay may have been less spectacular than on Scotland’s other major rivers but the beats that report to the FishTay website claimed some 7,500 – up around 50 per cent on the numbers for 2009.

In the far North of Scotland, the River Thurso had easily the best year in modern times with 3,000 fish landed.

For information on fishing Lax-á offers in Scotland, please contact the Lax-á staff.