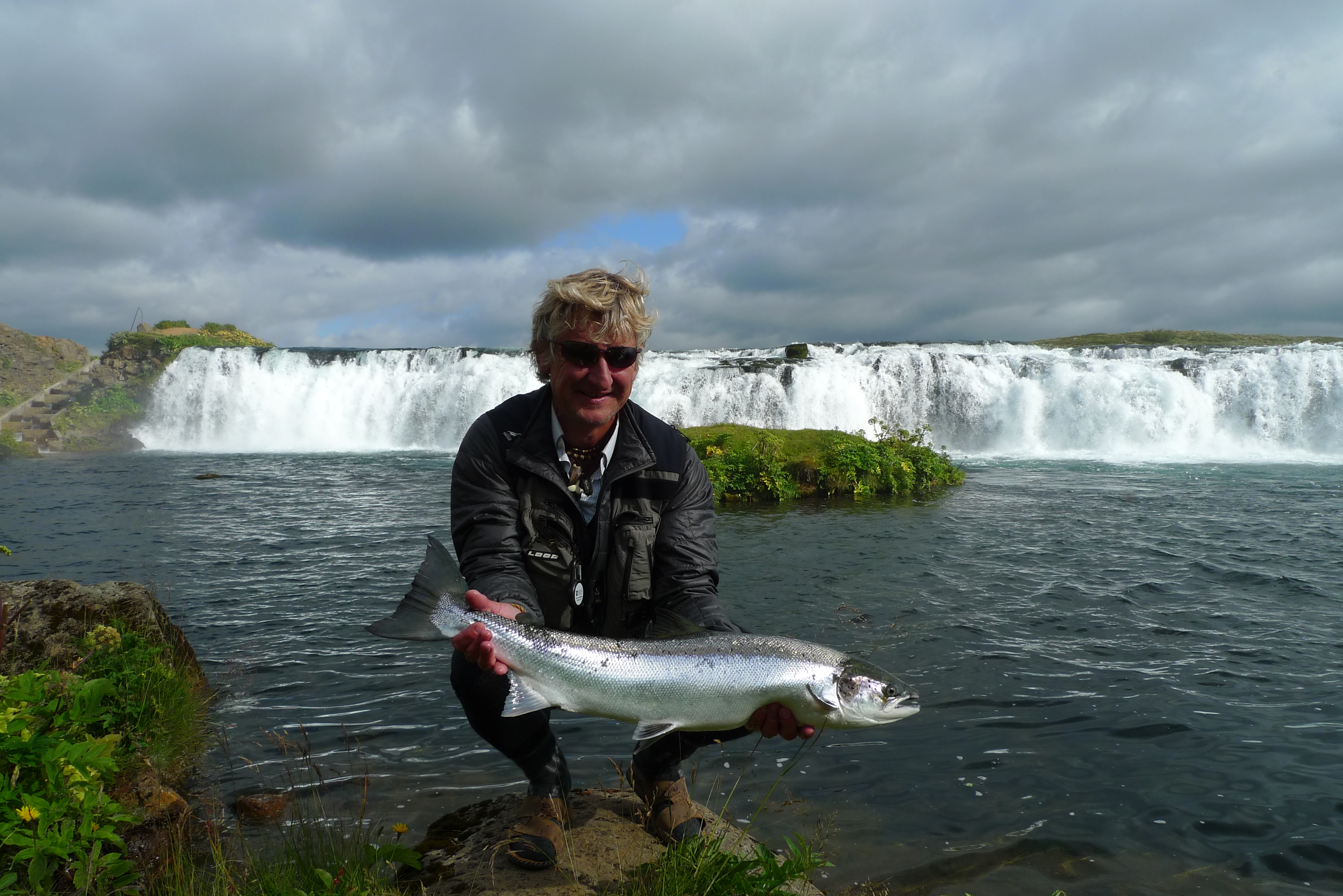 Tungufljot is a very beautiful river in Iceland where you can get good catches in beautiful surroundings with the waterfall Faxi as the crown. You just need the right flies, great food and good company to nourish your soul. Tungufljot river is located 100 km South East of Reykjavík, only an hour away from the capital of Iceland Reykjavík. This makes transfer from the airport convenient and anglers can go direct from the International Airport to the river and back. There is no hotel cost in Reykjavík involved either domestic airfares. The river is in size slightly bigger than East and West Rangá and is rated as a large river on Icelandic standard. It is gin clear water and offers endless pools for fly fishing. The Tungufljot rivers system is one of the biggest in Iceland, it is the main river which is about 30 km long with three attractive tributaries which joins the main river on the upper part plus several other lesser important tributaries and sight streams. 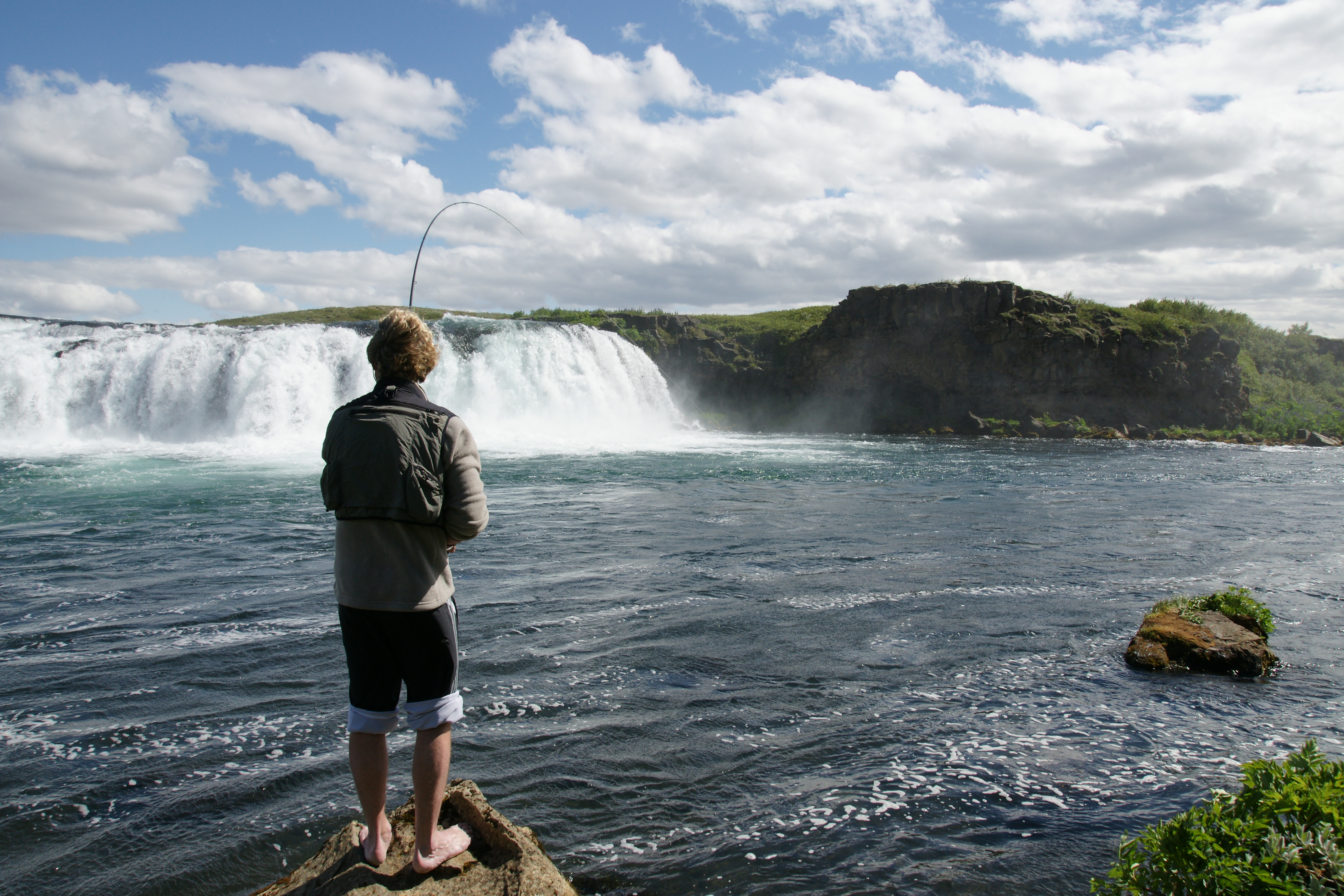 Since Tungufljot opened we have had many of satisfied anglers fish the beautiful river. One of them is Robert Rauch, who is fishing the tail out of the Faxi Falls in the picture. Lets give Robert the word and see what he has to say about Tunguflót River.

Standing below of one of the most beautiful waterfalls in Iceland hoping that the pool is full of fish waiting to get up the fish ladder. But would they take my fly ? Skuli my guide, who is, to my mind, the best expert on salmon fishing on earth ( together with Arni ) noticed a few fish “head and tailing” ” Robert, I better get the net ! ” Skuli said ” Why get the net? I have not hooked a fish yet” I replied, while working the fly through the pool. I had hardly finished my very pessimistic words when a fish took my fly very aggressive. Woooouuh, what a bang!! It was quiet a job to get the fish out of the strong crystal clear current below the falls. I finally managed the fish into Skuli’s net. In order to built up the salmon stock on the Tungufljot Skuli took the healthy hen fish to the breeding box in the fish-ladder. Was this pure luck ? No, it was not ! Within a few of hours I had 7 fresh run salmon taking the fly very hard and even Skuli, only fishing my rod for a couple of minutes, had two salmon. It is very rare that my arms ache from playing fish, but this day they did. By the way…….. wonderful pains !!! I am very convinced that the Tungufljut will be the star performer of future years. The fishing was exceptional and the beautiful scenery made the fishing a day in a lifetime. I am looking forward to fishing it next year again.
All the best, Robert! 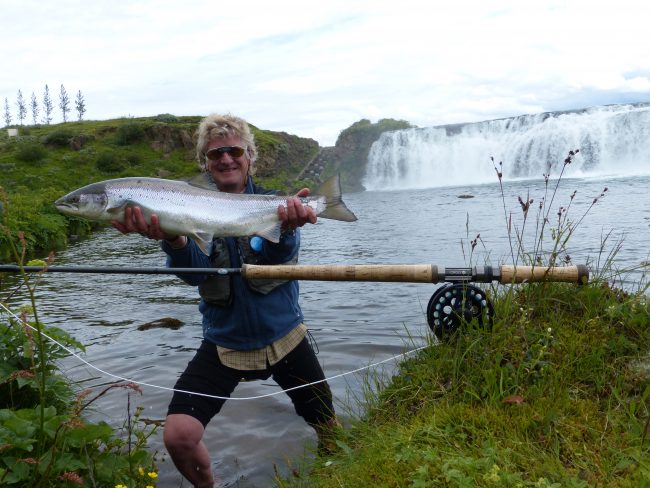