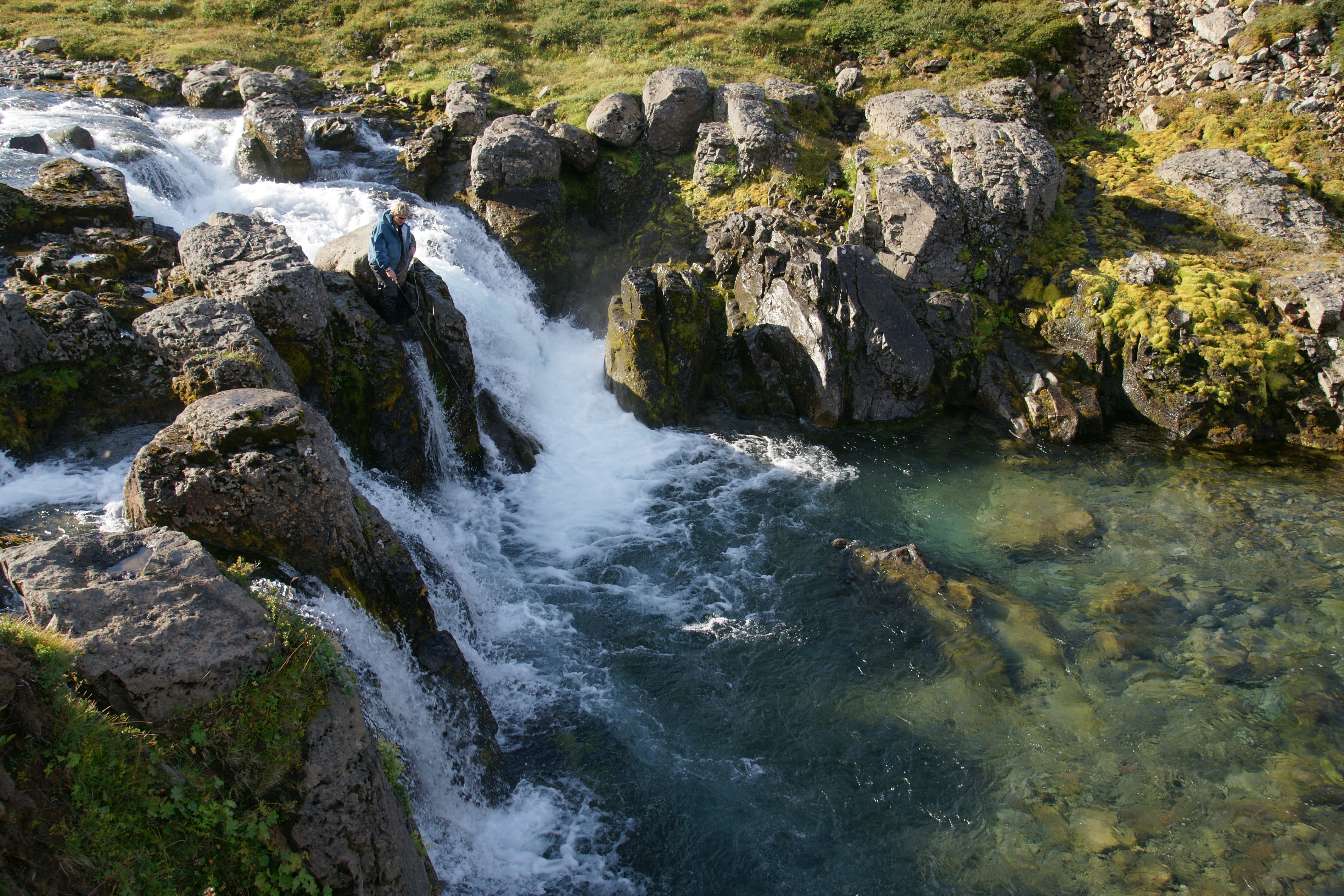 Hvannadalsá is a two rod salmon river, located on the West Coast of Iceland, aprox. 260 km from Reykjavík. The river is delightful to fish and the surrounding country side is unique, here you are alone with Iceland.
The origin of the river are other small rivers that have come together to form Hvannadalsa. The river flows right along side Langadalsa aprox 1 km from Ós. The fishing area is magnificent and aprox 7 km long. It begins in Stekkjarfoss all the way to Ós. The waterlevels in Hvannadalsa are much higher and the current stronger than in her big sister Langadalsa. The diversity of fishing pools is great in the river with many waterfalls, rapids in big gorges with some slow running fly fishing streams in between. The river is known for it‘s big salmons which are easily recognized by their girth and mass. Sea char also runs in the river late in the summer. 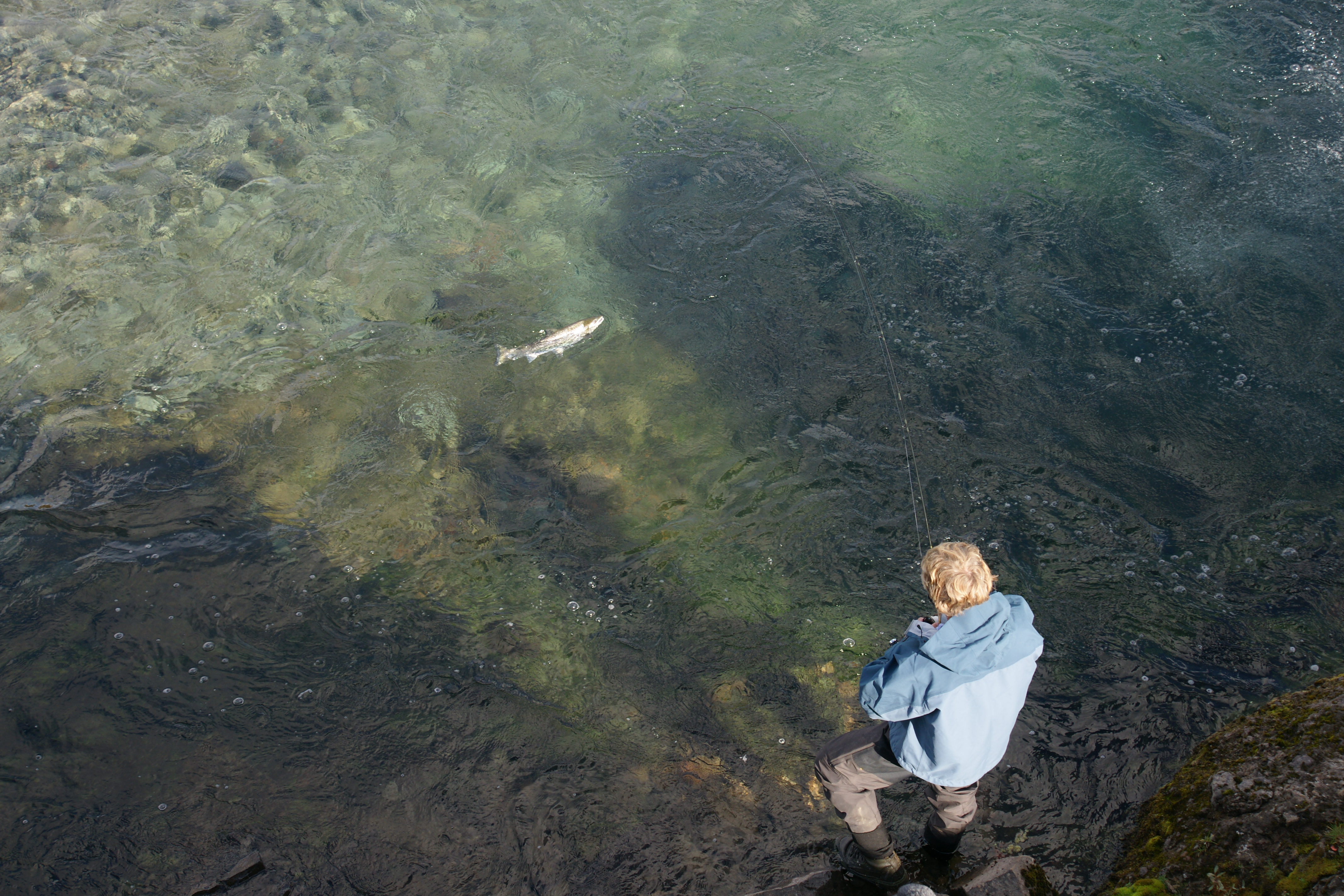 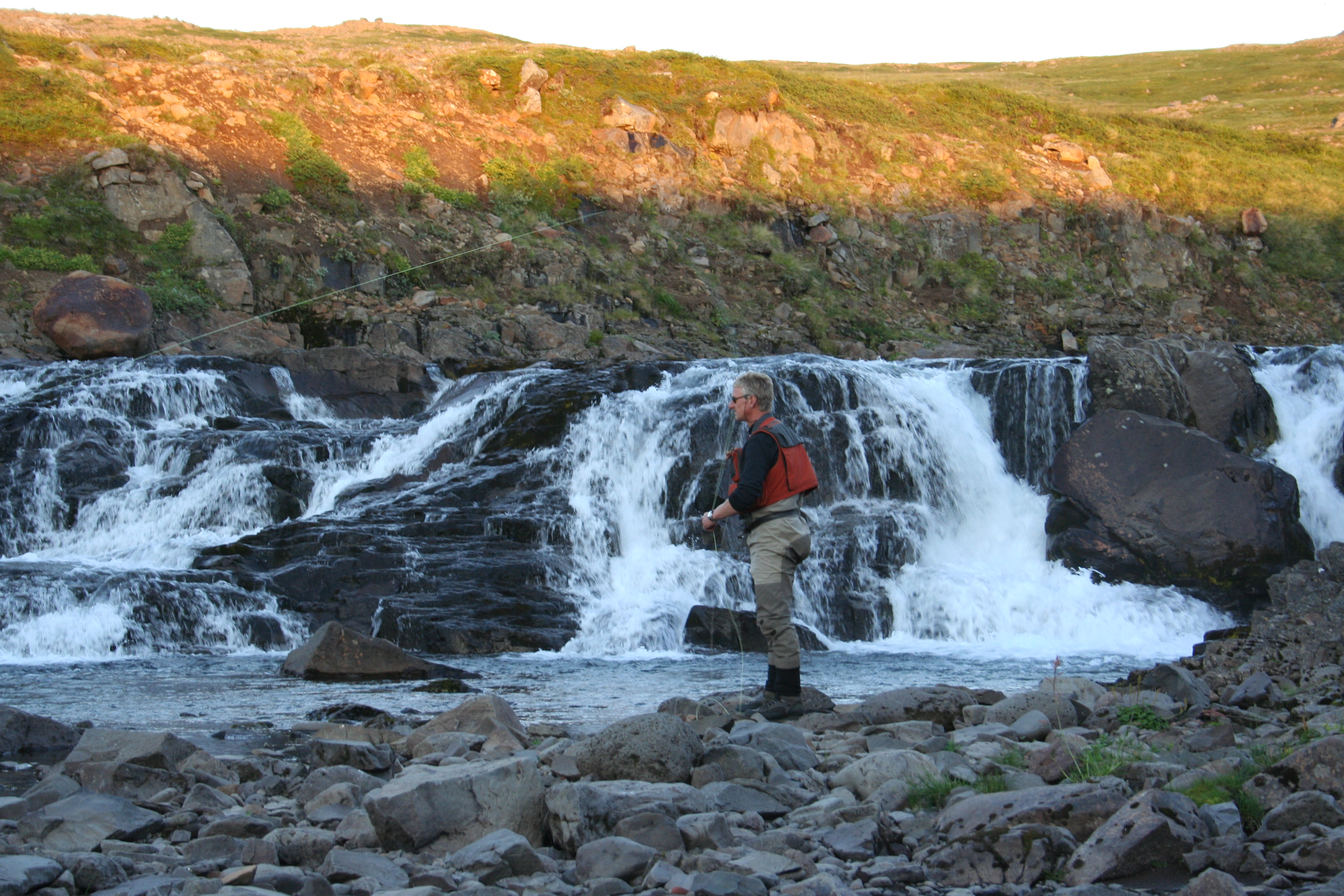 In addition to the salmon fishing one can catch a good deal of sea-trout in the river mouth around the tides.
Hvannadalsa is gin clear, you can spot Salmon in most of the places from rocks and on the edge of the canyons. The salmon is shy so you have to be very careful! 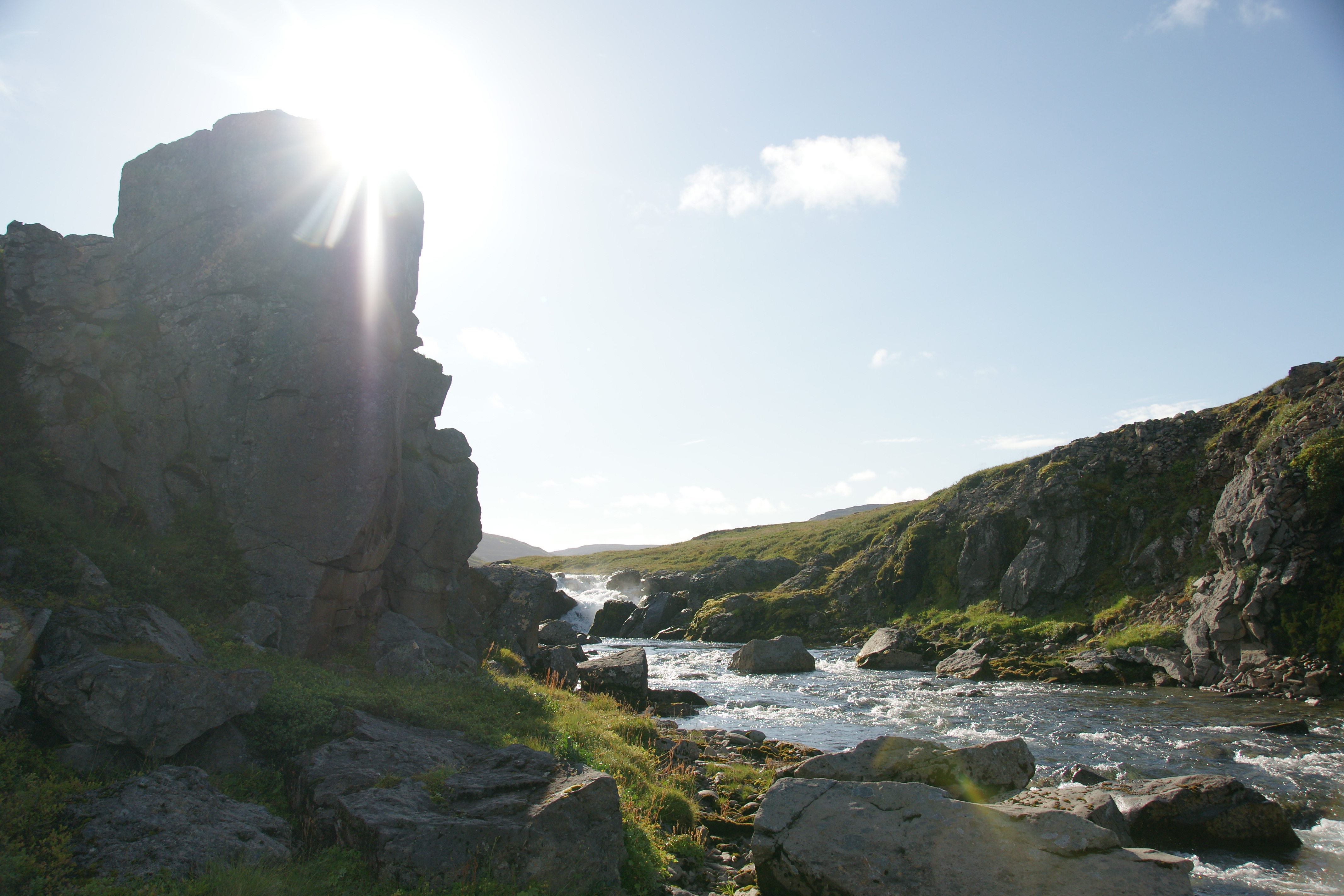 The cabin is self catering, but has all the facilities for cooking.
Road instructions: The cabin is located in Langidalur 50 km from Hólmavík.  When driving from Hólmavík you should take route nr 61 and follow the roadsign that points to Ísafjörður. Drive through Steingrímsfjarðarheiði until you reach a roadsign on the right hand that says veganúmer 635 (route 635). Go past that sign and a couple of meters ahead  on the left hand there is a road-information-stop (small area to park the car, it has benches and an informationsign). The next turn is the dirt road that leads to Langidalur. You follow the dirt road into the valley past a couple of summerhouses or other lodges which are on the left hand side. 4 km later the Langadalsá-river-lodge is on your right hand side. But to get to the Hvannadalsá-river-cabin you drive past Langadalsá-river-cabin and follow the road 2 km. Then you should arrive at Hvannadalsá-river-cabin on the left. The lodge is white. You don’t have to go over the Langadalsá-river bridge to get to the cabin. 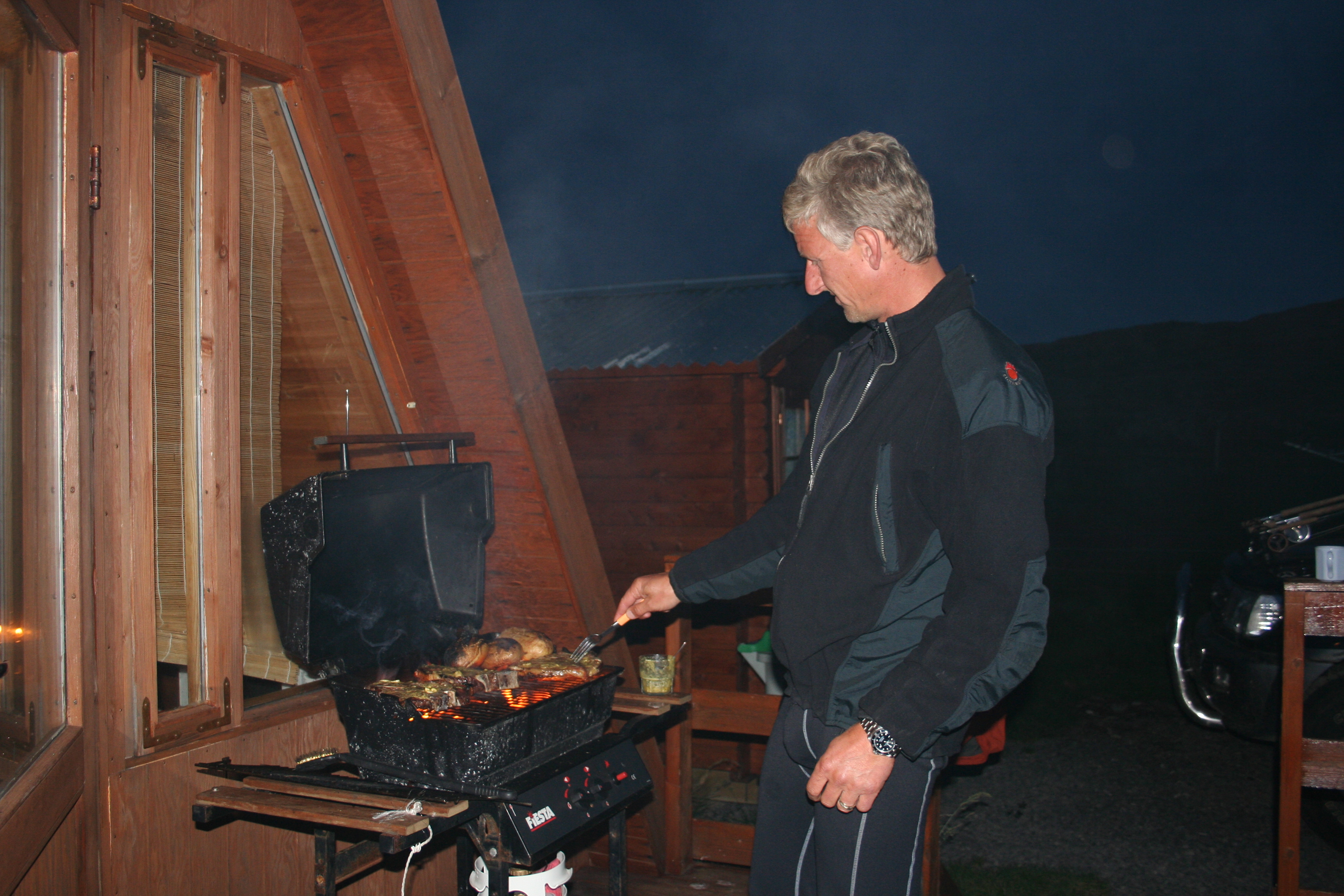