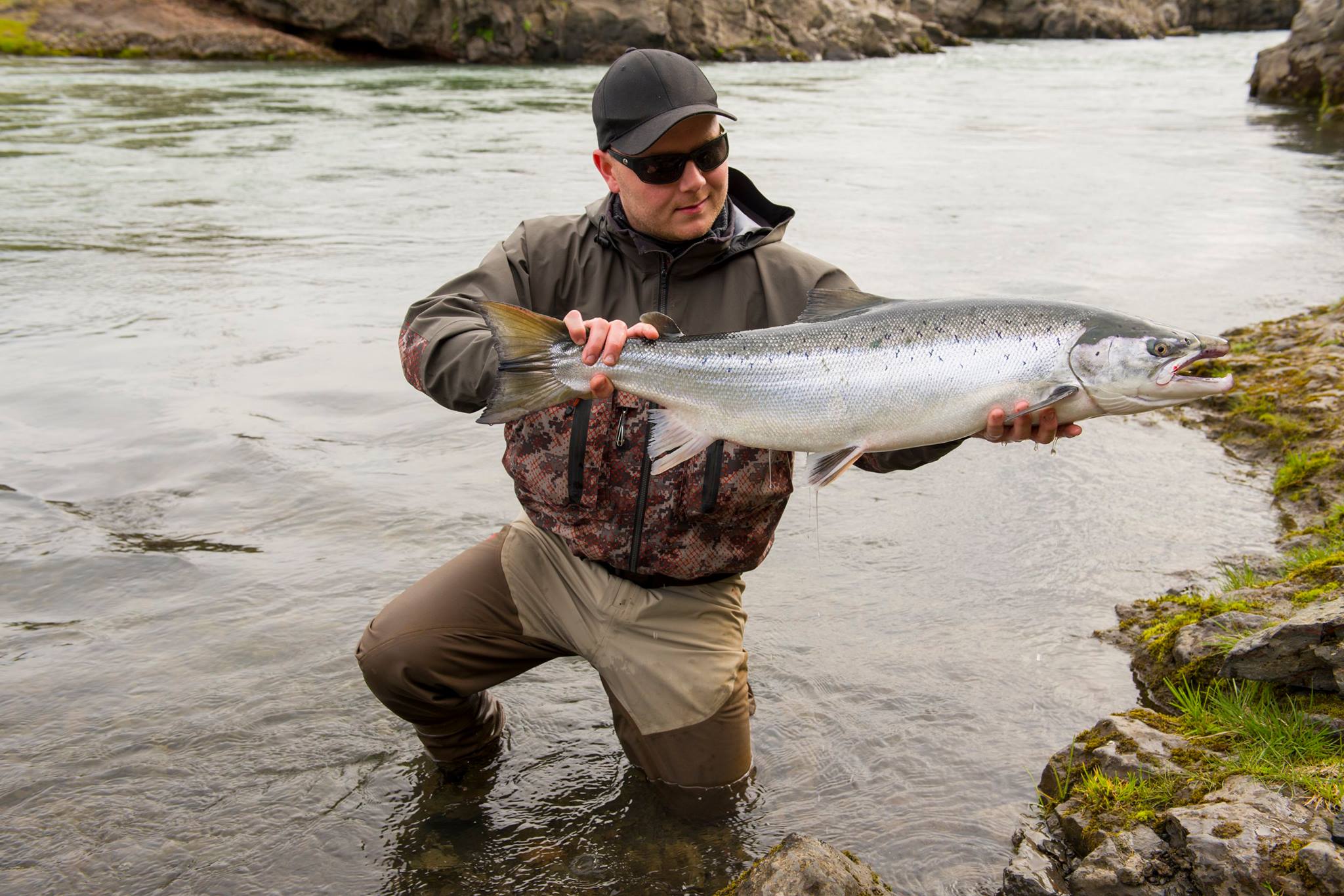 Salmon fishing in Blanda is some of the best available. Blanda is one of Iceland’s longest and most powerful rivers.

The river is known for her powerful and big salmon. Blanda is divided into 4 beats and has one major tributary – Svartá.

Beat 1 is a relatively short beat that holds 4 rods, 2 on each bank.

The beat opens in early June and leads the charts throughout June and sometimes July  in salmons caught per rod.

In recent years Blanda has gone from strength to strength, especially beat 1.

Here are the numbers from the last five years:

It should be kept in mind that beat 1 is usually only fished for about 60 days. Needless to say beat 1 is the most productive beat of the river.

Not only are these numbers extremely high, bordering on the ridiculous, but the ratio of multi-winter salmon/grilse was over 40% in 2016. On average the mws/grilse ratio is around 36 – 39% throughout the summer and up to 100% in June. It’s also worth mentioning that the salmon in Blanda is 100% from natural stock, there has never been need for any assistance for the Blanda salmon. 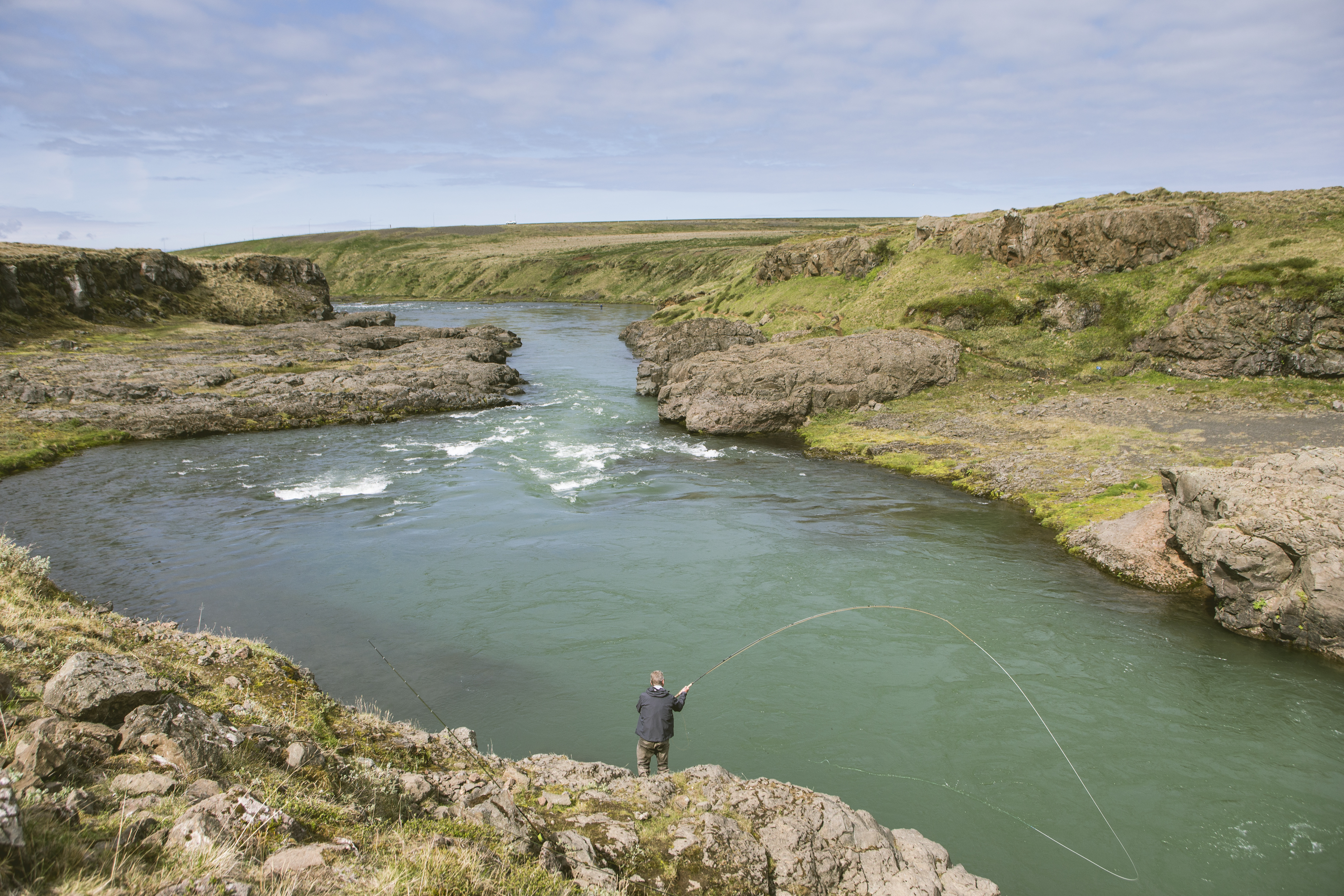 Blanda is an early season river, opening on June 5th every year and with the absolute prime being from late June until late July.

For those looking for a serious fight with serious salmon, June is the right time. The salmon are fewer in June – but they are nearly all multi-winter fish.

Only later is June the grilse start arriving.

As stated before, Blanda is a large volume river, no drought  problems here! This also means hard currents that a hooked salmon will use to its advantage.

Every summer we hear stories from anglers that hooked a monster salmon, but never really stood a chance of landing it.

Fortunately, we also hear from those who manage to get them on the bank as well.

Blanda is often described as “the crazy river” by those who visit her, not because she’s dangerous – but because all of her salmon seem to be insane.
Even the grilse will drag you back and forth as you try to land them. The stock of salmon in the river is by many considered to be the strongest fighting pound for pound in Iceland. 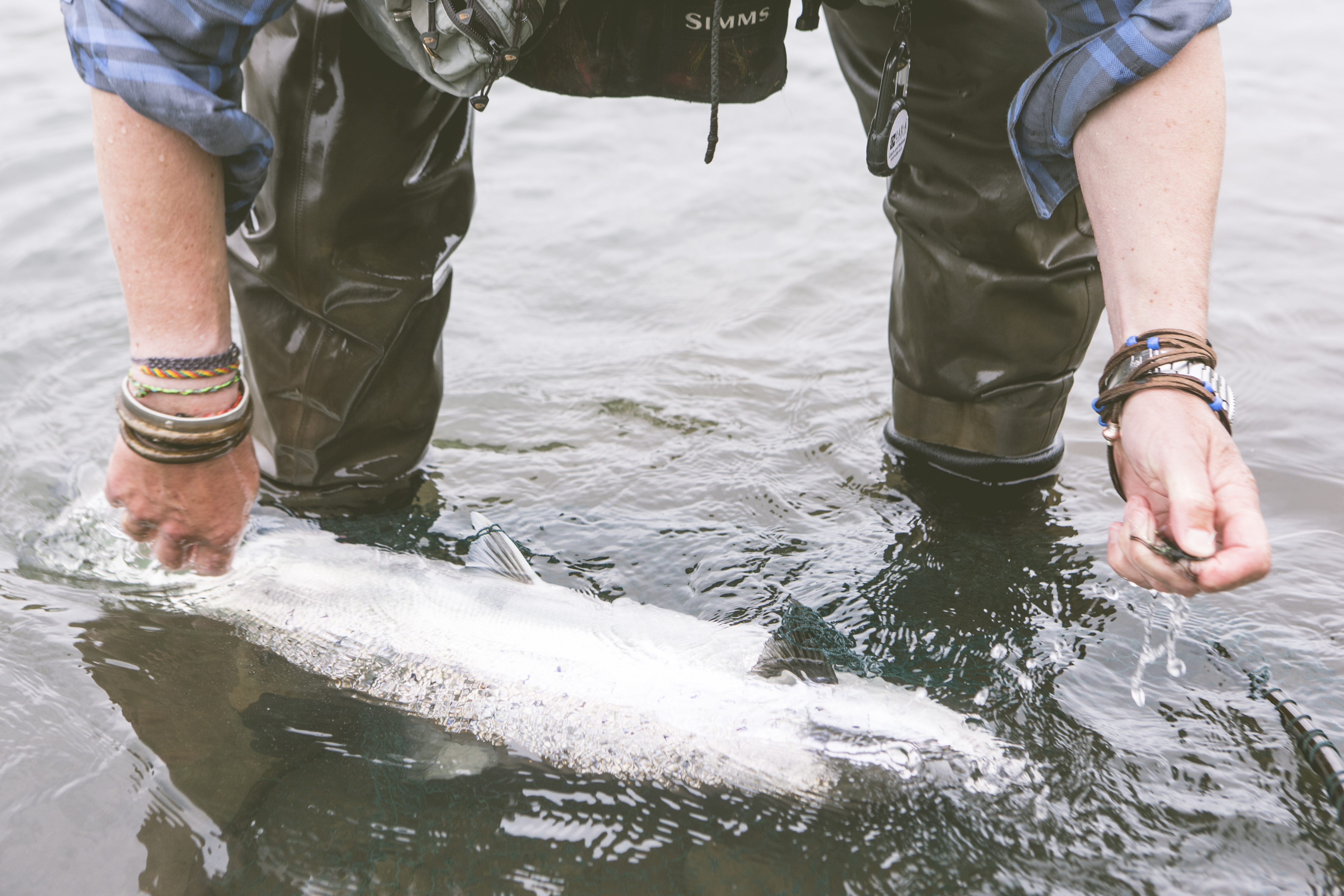 Other rivers near Blanda include Svartá, Laxá in Asum and Hallá – all within an hour’s drive (some of them just minutes away). An ideal combination would be with Svartá also known for big salmon. Blanda is an ideal destination for those who are looking for serious salmon fishing, both in regards to the size of each salmon and in regards to the quantity of salmon caught. 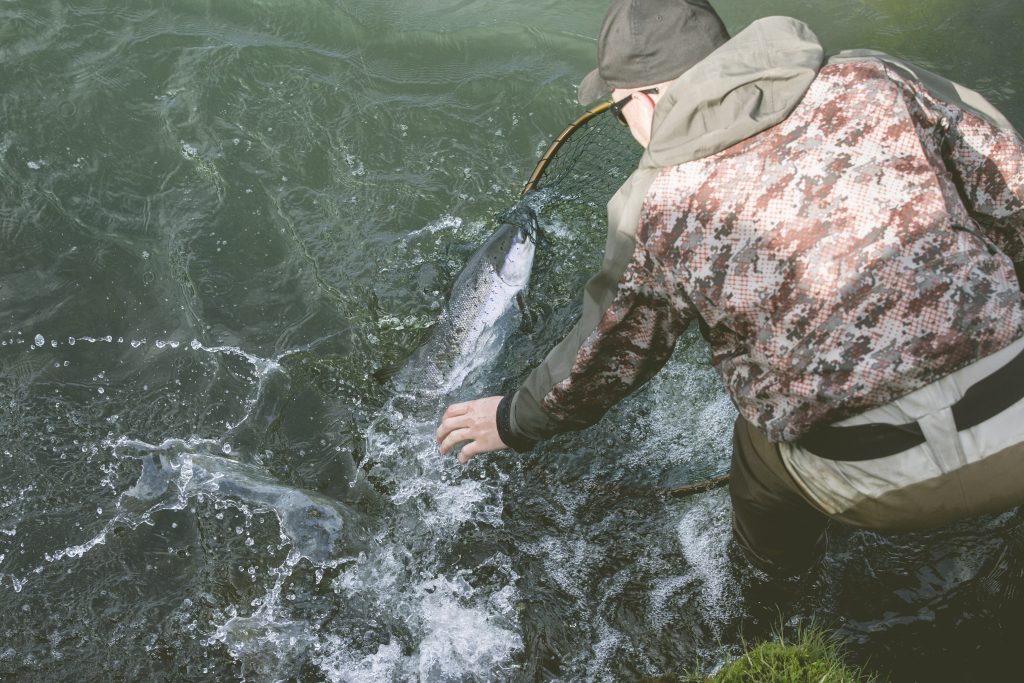 About  20 km From Blönduós is a sign on your right hand side that says:  Blanda Hólahvarf Veiðihús.

Blanda is cold and murky and fishes best with tubes, ¼ – 1 inch. Sink tips are a must but sometimes smaller tubes and/or regular flies can be the most effective. The best flies for Blanda are:
Bismo (light tube – Local Fly)
SunRay Shadow (1 inch)
Snaelda (¼ – ½ inch)
Black & Blue (½ inch, cone head)
Collie Dog (½ – 1 inch)

As in other autumn rivers, as temperature drops the tubes get bigger/heavier. The same patterns applies, just a little heavier. 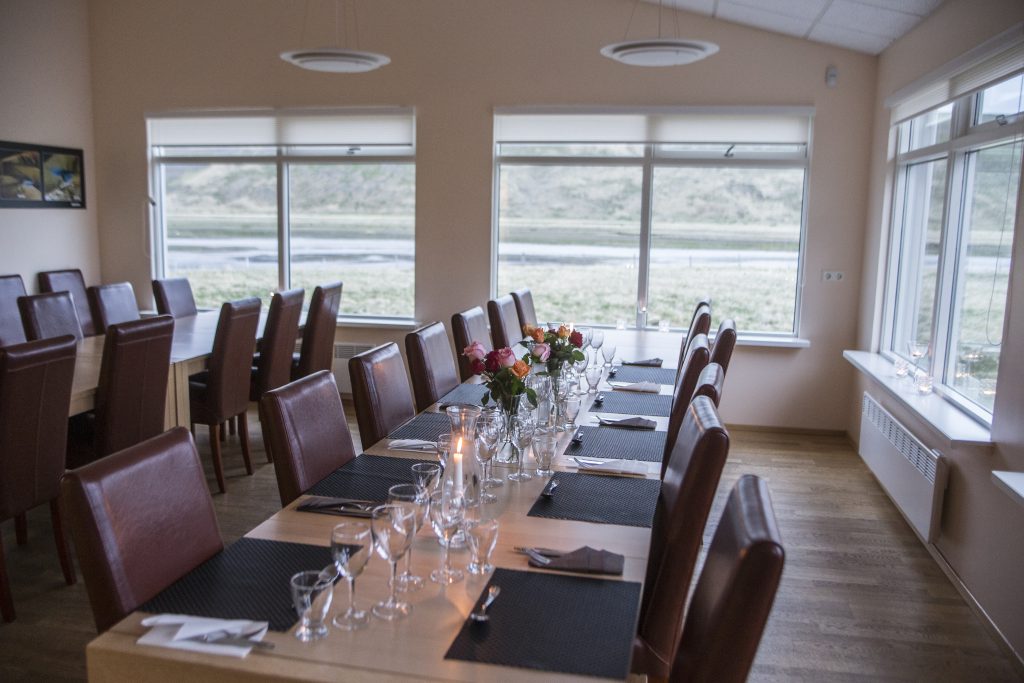 Blanda lodge
The Blanda lodge is a new and beautiful lodge, about 19 km from Blönduós.  It was built in 2006.

The lodge has spacious 12 twin rooms, all with bath and shower. The living room is big and comfortable and the dining room also. It is a full service lodge with two Jacuzzi’s, sauna and veranda. 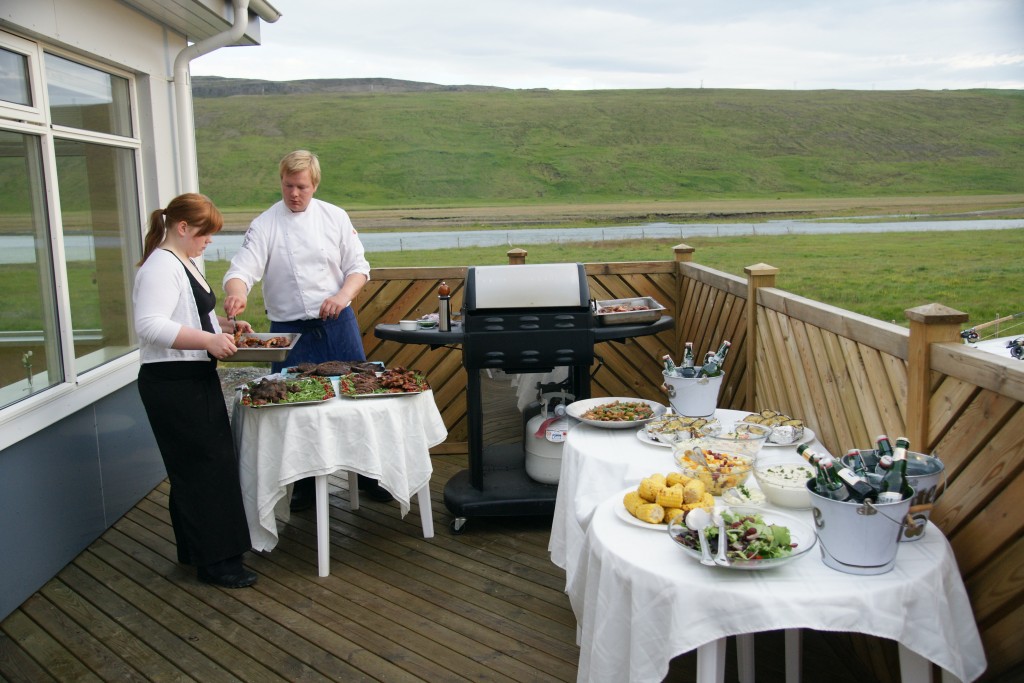 Food of top restaurant standard is provided in the lodge during your stay, two course lunch and a three course dinner. Fresh local ingredients are preferred when available. 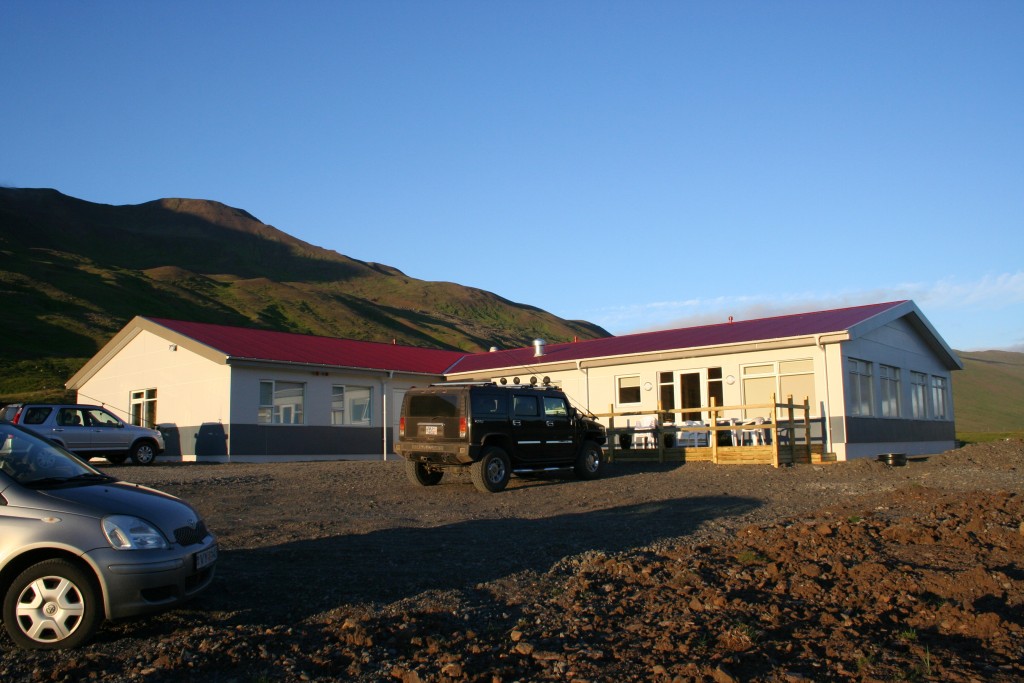 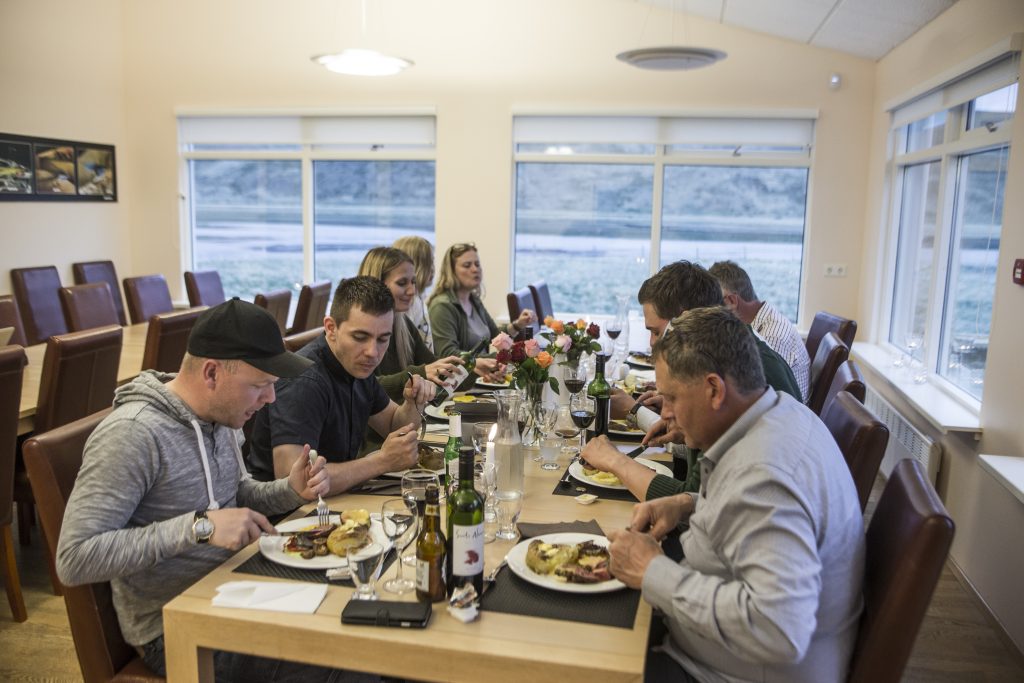