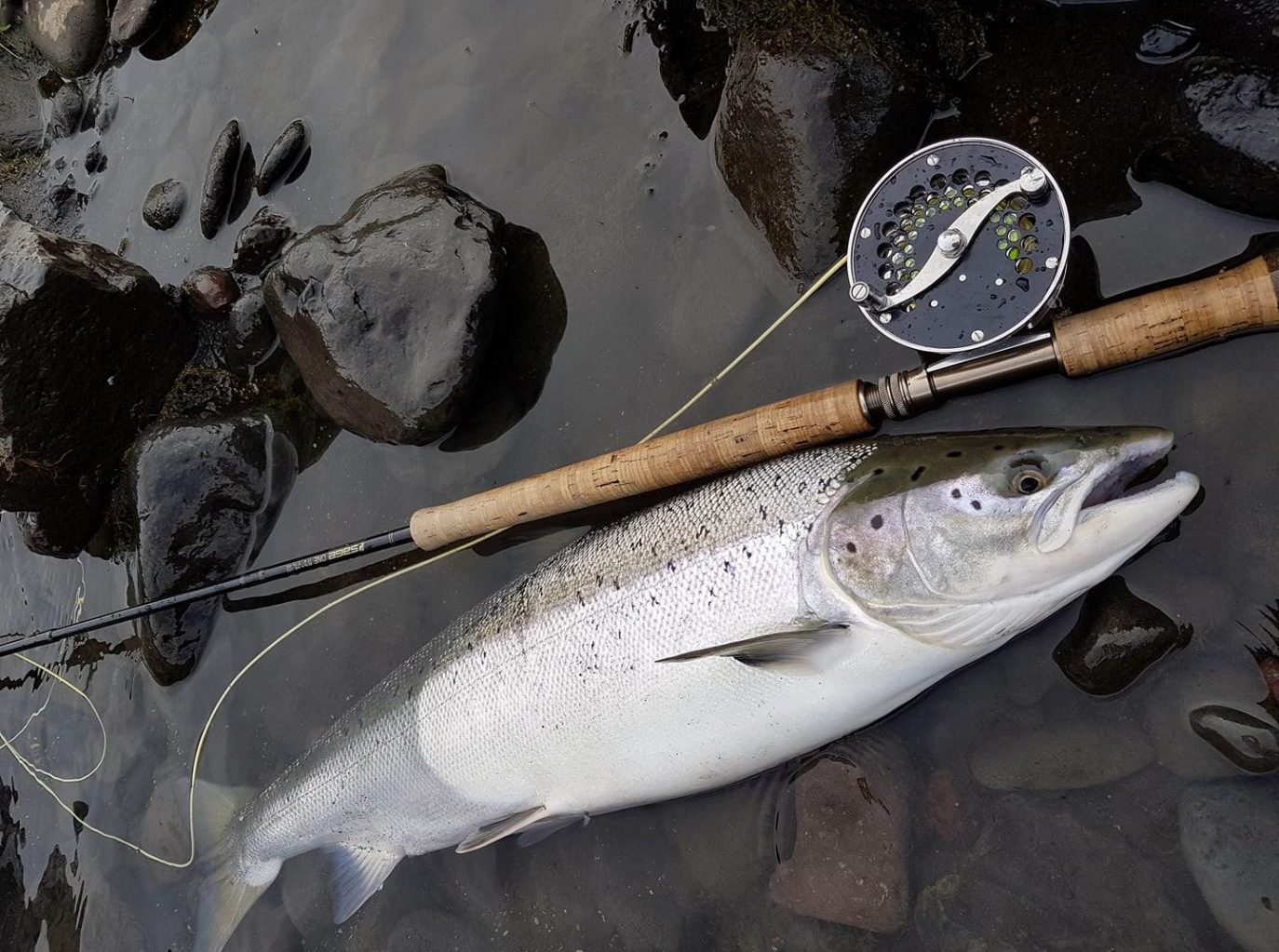 Now most of our rivers have opened for the season and all we have heard from had salmon caught.

Today the famous beat four in Stora Laxa opened with a bang. The anglers lucky enough to open the beat caught 16 salmon on the first shift, all massive big silvery big boys.

Pictured is a nice one from the opening. All salmon caught in beat 4 are released.