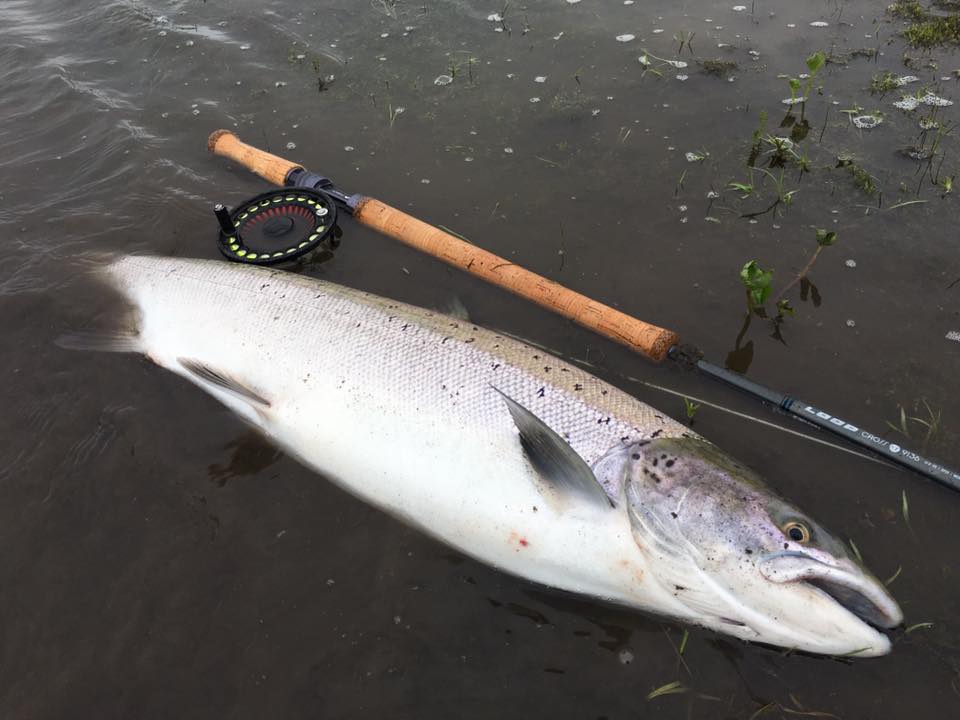 We had previously told you about the success of the opening of Beat IV in Stora Laxa. Beat one and two which is in the lowest part of the river opened a few days later or on July 1st.

Due to heavy rains the river was almost triple in water but the opening was a success. The opening gave 27 salmon, most of them big salmon very healthy and fat from the ocean.