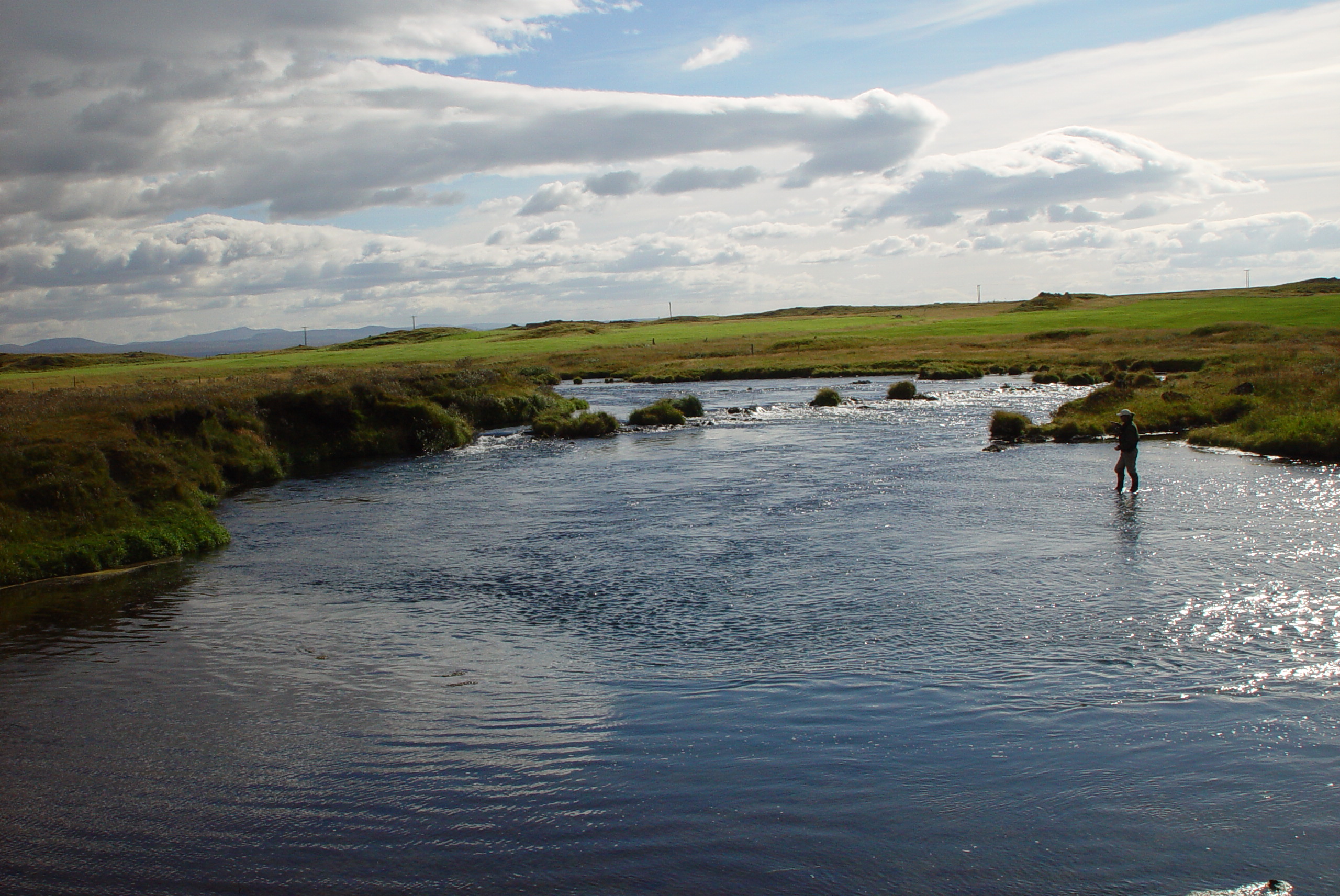 River Litlaá is a beautiful trout fishing river in the north of Iceland.

Litlá, meaning “small river” which is slightly deceiving as while it is not a big river, it certainly is not a small one either.

This is a remarkable river and holds one of Iceland´s strongest and fittest, sea-run brown trout stock there is. The river also has some sea-run char and occasionally salmon.

This beautiful fresh water river runs through a plain from Skjálftavatn lake which was formed in the volcanic eruption of Krafla in 1979.

Before that, the lake and of course the river itself did not exist. As the area is a known geothermal area, the average temperature of the water is around 12°C.

It even reaches up to 20°C around the hottest springs in “Brunnur”, below “Keldunes”. That is one of the rivers x-factor since you can fish there almost 7 months per year.

The river gets cooler further down towards the mouth of the river but it does not drop below 9°C.  The river almost never freezes over in the winter months.

These conditions make Litlá unique as it makes the standard weight of the trout utterly incredible. The average is higher than in most trout rivers in Iceland. 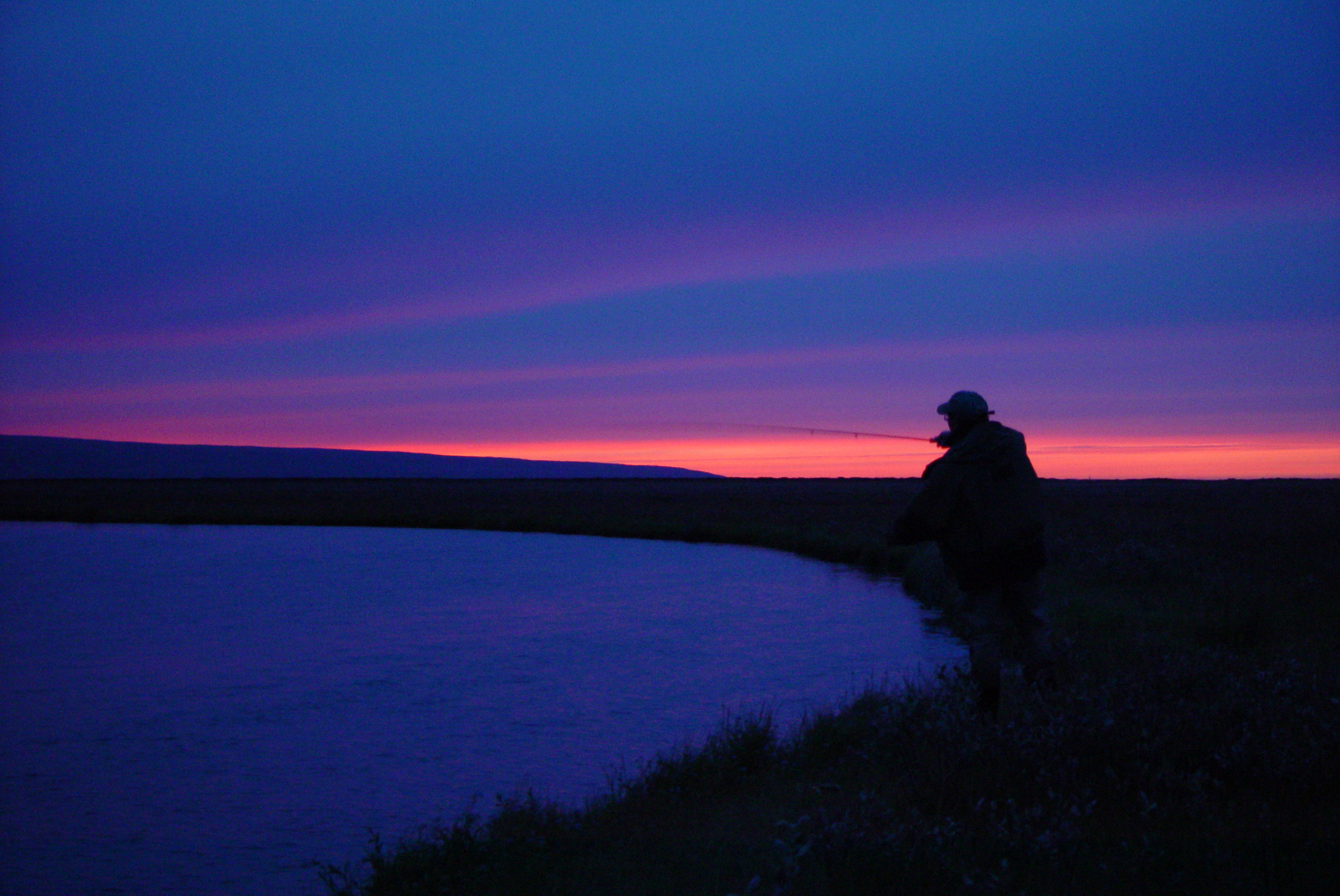 Anglers fishing in the river mouth, sometimes that can be a hot spot for new sea trout ranging amazing size

Researchers have been looking at Litlaá and found out, that due to the warm water, the river rears massive hoards of sticklebacks that the brown trout feast on the whole year in and year out.

Some of them are so fat that you wonder how they can even move, let alone follow and grab a fly. But they do, oh yes they do and in no uncertain way! This seasons biggest sea trout was caught during the spring, a monstrous specimen of 23 pounds..

There are bigger trout in the river now then ever before!

Because during past seasons the fishing method of catch and release has become more and more popular with anglers fishing the river. The monster trout, they seem to come to live every day during the season and grab a fly. Sometimes they shake their heads and chop the leader like a strip of thread.

In a few sea trout rivers in Iceland spring fishing is allowed. In some quarters the spring fishing is a bit controversial.  Anglers are catching the trout on their way back to sea after they have stayed in the river over the winter.

In all the rivers except Litlaá the spawning fish are thin and really need to get back to their ocean feeding grounds and should be released so they can do so.

Due to the warm waters of Litlaá, this is not a problem and the springers are as fat as the fish running from the sea.

In fact the springers are in no hurry out of the river and many stay well into the summer. The prime season on the river thus being longer than usual for an Icelandic sea trout river. This should be kept in mind. 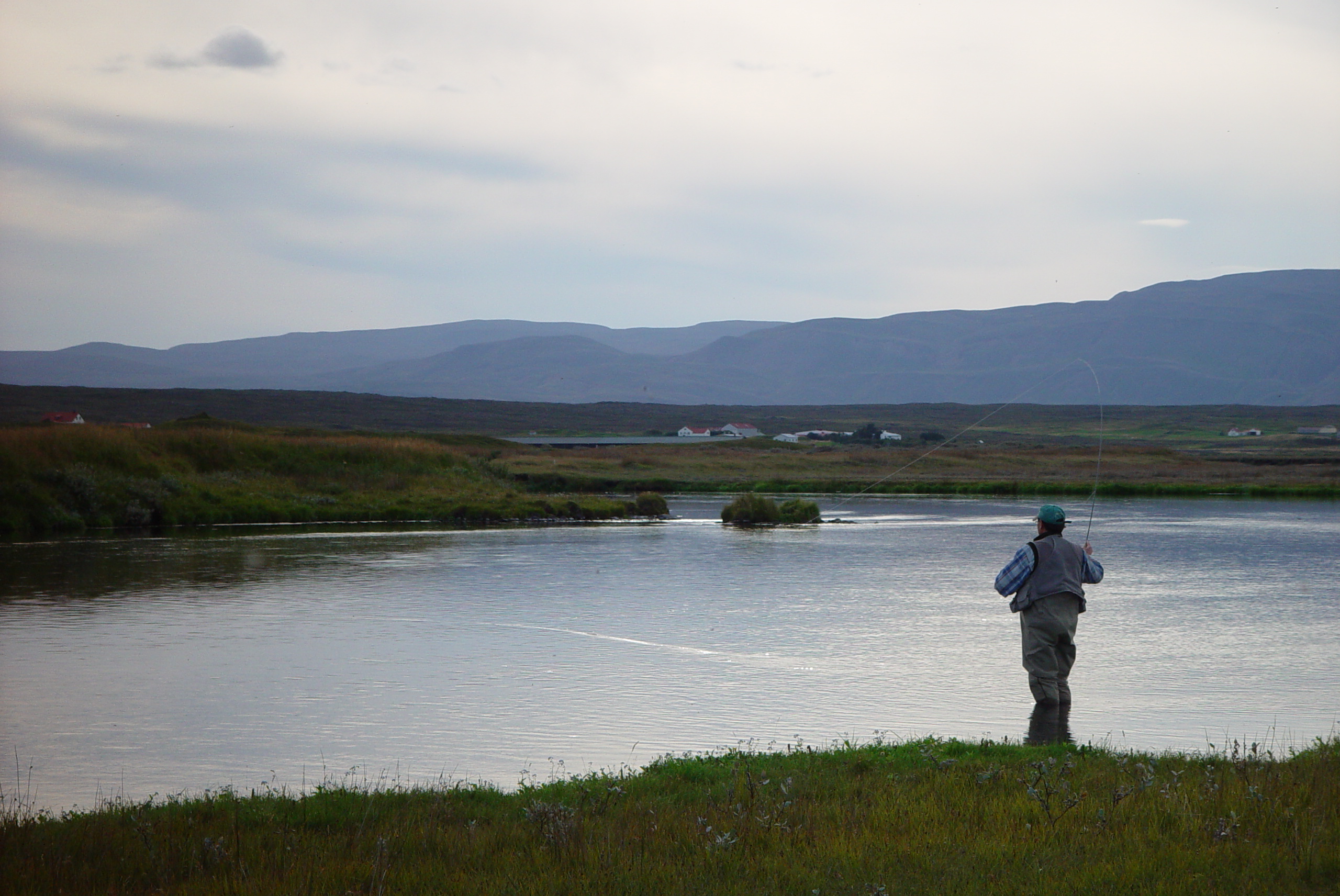 A review from a customer:

I wanted to write you a quick note to thank you for putting together such a lovely trip for me and Jonathan Reeves. Not only was the fishing terrific, but we thoroughly enjoyed the accommodations, food, and especially your wonderful country.

Our guide, Denni, really made sure our experience was tremendous. He went out of his way to enlighten us on the history and sites in Iceland and of course, made certain that we were in the best possible fishing beats.

He spent a great deal of time teaching both of us the finer points of fly fishing. I am a novice and Jon is quite experienced but both of us learned from Denni. We have already talked about coming back!

Thank you again for helping put this together and I have attached some photos of our experience.” 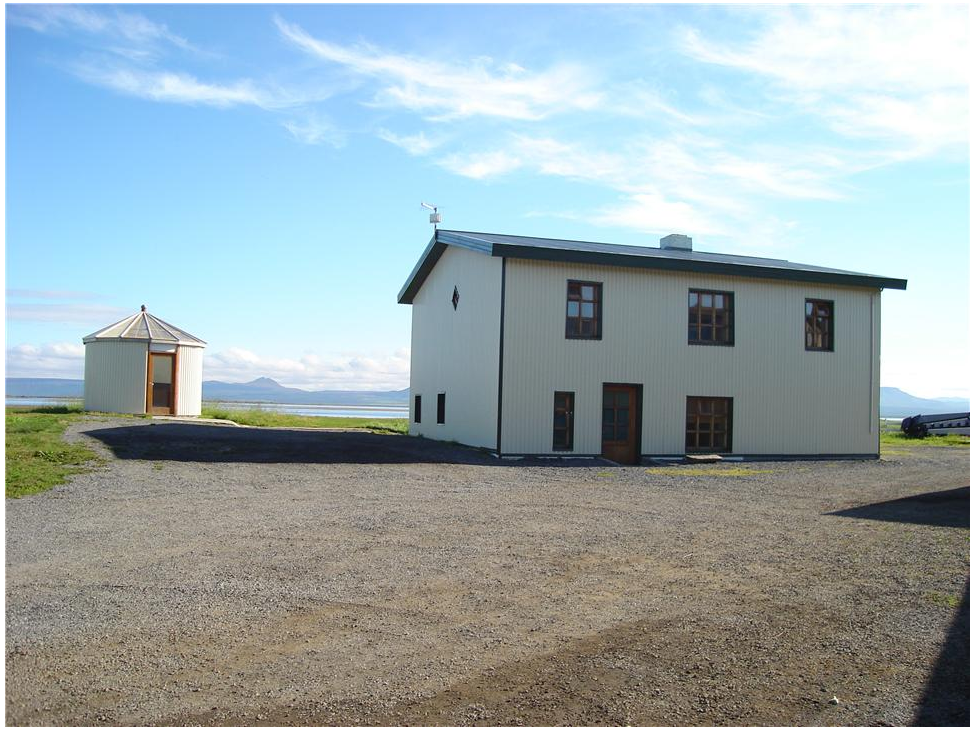 An excellent accommodation is provided at the Keldunes lodge which is newly rebuilt and has all modern comfort including a Jacuzzi.

All our clients have loved their stay at the very good lodge. The lodge and the nice people living by the river is a part of Litlá’s charm. You can both choose to arrange your own meals or get a full service.