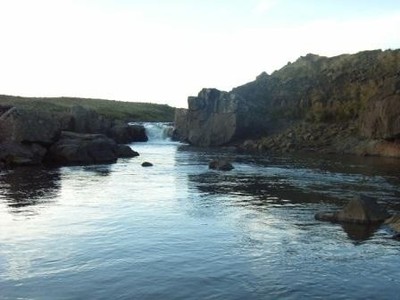 Greetings to our valued fishing friends around the globe.

2009 was the year of great turbulence. Never before have we seen as much change in our business environment but we are glad to announce that together with our hard working employees, customers and river owners we managed to end the year on the right side of zero.

The Atlantic salmon season in 2009 started with great anticipation which was followed through with a good season in all our destinations around the world. Here below you find some of Iceland‘s highlight.

Blanda proved that it is not only the best spring river in Iceland but one of the best river and Iceland. It was full of fish and good throughout the season. Fantastic season of 2.400 salmon caught.

East Ranga, a quarter of the fish landed this year on East Rangá were 2 winter salmon. it surely a matter of when, not if, East Ranga will see the first 3 winter salmon landed.
Laxa a Asum, with the amazing number of over 1.100 salmon caught, this charming, small 2 rod river came number one in number of salmon caught pr rod.

Vididalsa: just a hitching dream with 2000 fish and one of the highest average fish sizes.

Tungufljot produced many 12-18lbs salmon especially at the opening of the season. 1200 salmon were taken only by 6 rods.

In the western fjords, the intimate and delicate rivers; Laugardalsa, Hvannadalsa and Langadalsa provided thrilling fishing. Hvannadalsa and Langadalsa are often fished together and with over 500 salmon between them on 3-4 rods this was one of the best seasons ever. The two rivers share the same estuary which provided some good sea trout fishing. Laugadalsa with a year on year increase of 116 salmon on 3-2 rods, bringing the total to 501 is nothing short of a hidden gem.

Svarta continued to build on its very strong following and produced over 400 salmon. The river is fast flowing and medium sized, perfect for a single handed 6 weight and floating line with a hitch tube. Svarta is long at over 25 Kilometres and fished with only 4 rods, so the benefits of having a guide are even more pronounced than on most rivers. With the average size of fish being 8 lbs and with many over 20lbs, the single handed rods were more than put to the test.

We have many good fishing options available for you. You can see all the rivers we offer in Iceland and other countries on our web-site www.lax-a.net , please ask us to send you suggestions for you and your fishing partners. I am sure we can find you the best fishing, suiting your preferences and budget.