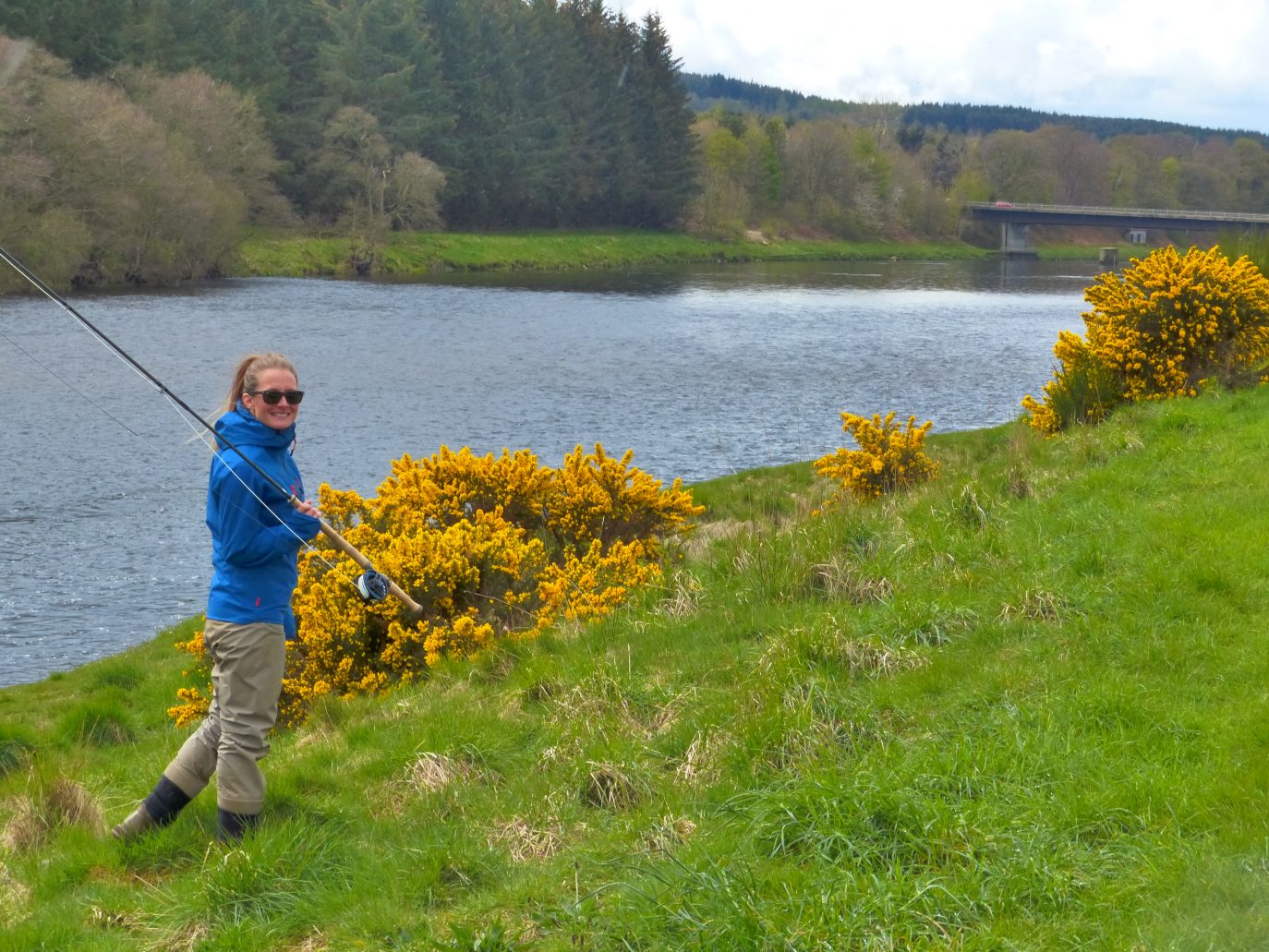 From Ross Macdonald ,   We enjoyed a better week on the river, with 131 fish reported to the website. Sport has been well spread out from Ardoe on the bottom river, all the way up to Crathie. We are starting to see a few more sea trout in the catch, and it will soon be time for the river’s sea trout fanatics to begin their nocturnal phase.


It was good to see a few fish from Park, including fish for Andy Crawford and Andrew Wright. Lower Crathes continued to fish well with another 16 in the book, five of which fell to George Upex. Crathes Castle had eight for their week, with a number of others lost.

Karl Revel dropped me a note of the week at Invery/Tilquhillie.

“Last week saw 4 salmon and 3 seatrout caught on Invery and 5 salmon and 5 seatrout on Tilquhillie. Top rod was Colin Harvey from Upton-upon- Severn with 4 salmon up to 10 lbs and 5 seatrout with most being taken using a small Silver Stoat conehead. David McLeod from Culter had 3 salmon the largest at 10 lbs. James Robbins, Product Manager for Shakespeare, had 1 salmon and 2 seatrout and Euan Mearns caught his 6 lb fish in Invery’s Bulwarks pool. Duncan Robertson who lives in Switzerland fished hard for his 3 lb seatrout!”

Banchory had three, including a 10lbr for Keith McKiernan. They have had a liced fish of about 8lbs this morning, which is a fine start to this week’s proceedings. Mr Ross had Lower Blackhall and Kinneskie’s only fish.

The Bergman party was at Cairnton last week and had four for their efforts. Ghillie Brian Brogan saw fish moving through the beat on Monday, but it wasn’t until Tuesday they had one on a Sunray from the Grey Mare. Odd Einer also had one from the Grey Mare and Jan O Holm had a belter of 12lbs from the Middle Ferroch and a 10lb licer from the Cottage. Mats Berman had a lovely sea trout about 3lb. Brian also noted the number of smolts they were catching, which augurs well for the future.

Across the water, Ian Anderson landed both of Upper Blackhall’s fish; a 7lbr from the Green Spout and 9lb from Sandy’s. Graham Brooks’ party was at Commonty. David Jervis had a couple and Roy Morgan had one. Randall Nicol’s rods shared a dozen fish between them at Carlogie and Ballogie.

Dess had a happy Monday, with five in the book. It was owner Jeremy Clayton’s week, and all but one of the party scored. They finished with nine up to 12lb. Most of the fish were liced and the lice had just come off the others.

Waterside and Ferrar had four very fresh fish, including two crackers for Derek Gray at 12lb and 14lb from the Bank Pool. Mike Balfour had one from Middle Kirks, 7lb and Hamish Macdonald had an 8lbr from the Waterside Pool.

Marcus Humphrey got the ball rolling at Dinnet & Deecastle, with a nice fish from Red Brae. Edward Humphrey had a 9lbr from ’29’. David Conroy had one from Bruiach. They finished on nine for the week.

Headinch and Cambus O May had a good week with fourteen in the book. Tom Bruce-Jones had the biggest fish on the river last week, with one of 18lb from Holly Bush. David Smith’s party had nine springers in the book. Monaltrie and Lower Invercauld also had a better week, with eleven salmon landed.
Tight lines.
Ross Macdonald
Please send any stories, pictures and anecdotes to: