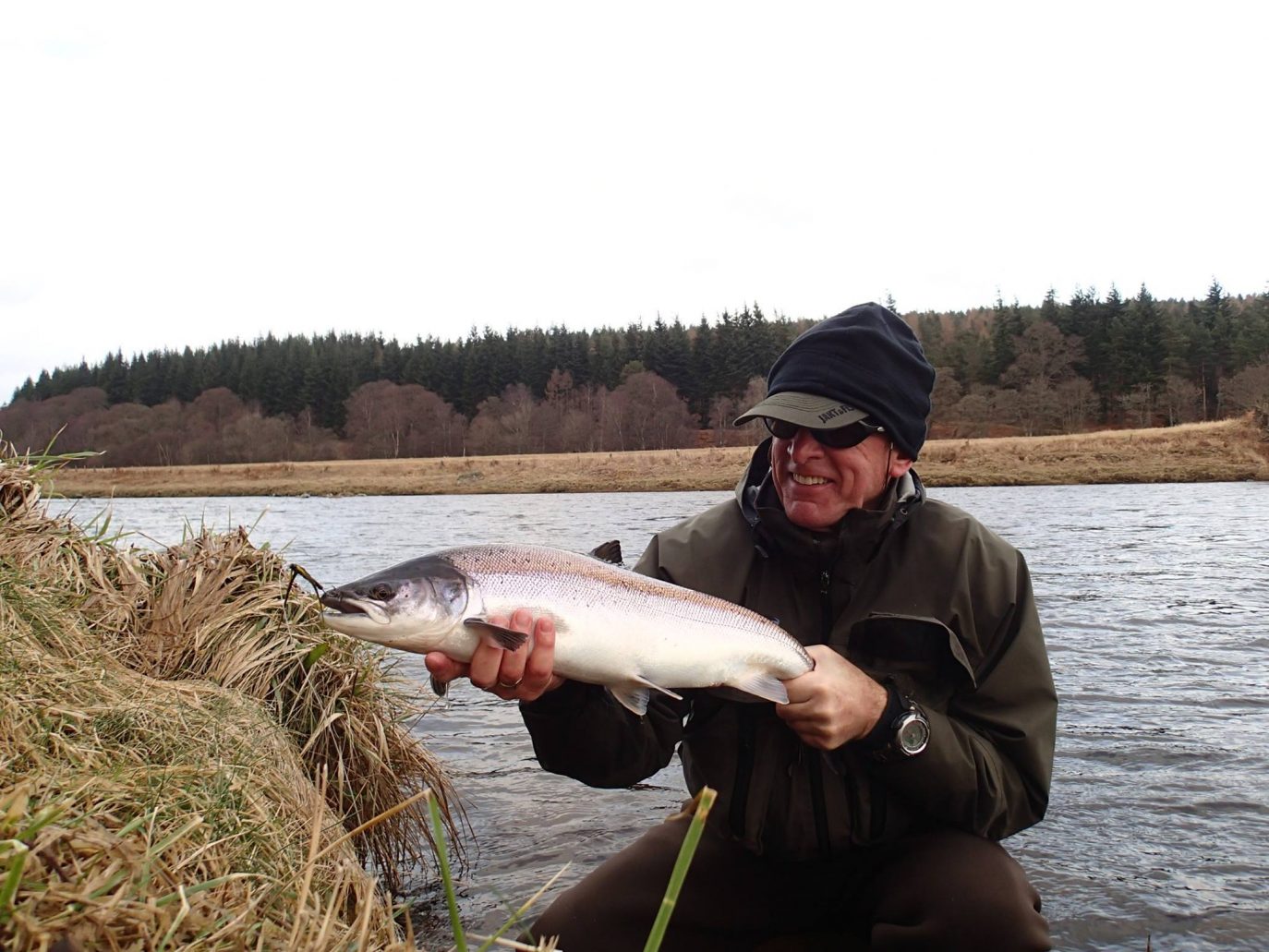 This report was just published on FishDee:

There was much to be optimistic about last week. The middle and lower beats accounted for 34 fly caught springers. No records were shattered, but it is all relative, especially when one factors in the low fishing effort. There some fine pools which were been barely touched last week. There are fish to be caught. Of course, I appreciate the impact of recent poor springs on angler morale, but if you find the prospect of a February springer on the fly at all tempting, this is the place to be. Book your rod here.

We had high water at the start of the week and I feared a washout below Banchory as the Feugh shot up on Monday and Tuesday. Fortunately, the river was never out of commission, although conditions were challenging. It’s February in the North East of Scotland, so being outdoors at all is a dubious choice, never mind going fishing. But the usual diehards were out.

Lower Crathes and West Durris had seven for the week, the best of which was 11lb. Paul Grewcock and Graham Milton landed springers. As did David Craik, Nicol Paton and Ewan Maclachan, who had a lovely fish from the Durris side.

Graeme Arthur and Richard Thomas had one apiece from Crathes Castle on Monday and Wednesday and Mr Campbell had a nice fish of about 10lb on Saturday.

David Dearman, who is in his 80s, landed Invery and Tilquhillie’s only fish of the week, a 15lbr from the Glide. Upstream at Lower Blackhall and Kinneskie, Mr Ross’s rod accounted for two small springers from Sheep Dip on the trusty Gold Willie Gunn.

At Little Blackhall and Inchmarlo Martin Robson waited patiently all week for the water to drop. When I spoke to him on Thursday the was confident of success once the water had fallen more. The beat has some deep pools and getting the fly deep and slow can be challenging in higher water. And to prove the point there was a 10lbr landed from the Otter Stone on Saturday. The beat was lightly fish and I am sure there would have been one or two more out of it otherwise.

Cairnton and Middle Blackhall had 7 for the week. Top rod was Andy Ashcroft, with three, the best being a15lbr from the Old Garden. Alan Gowers, another Cairnton regular had two to 12lb, all on an Alastair. John Grieve had on at 8lb from the Malt Steep on the Middle Blackhall side, while Iain Wilson had one from Middle Ferroch on a Posh Tosh Intruder.

Kincardine had a cracker of about 12lb on Thursday, taken on a 1 inch Tosh. Commonty had two last week, one to my pal Alan Greene and the other to regular rod Daniel Kjellberg. There has been one from the beat so far this morning.

Loch Kinord Hotel proprietor, Andrew Cox landed a springer at Dess, which was a fantastic reward for his dogged determination. The hotel is a great place for anglers fishing the middle and upper river.

Ballogie had eight. Jim Fisher was among them again with three for his few days. Tom and Jean Marshall, who have had their fair share of February springers from the Dee, had a fish apiece. Lee Hooks, from Wales, had three, two of which came on Saturday.

Craig Corbett had one from Red Rock at Birse.

The river is sitting at a nice height. Of course, the beats have their own preferences regarding water heights, but in a general sense, it looks fine. Water temperatures remain in the mid to high 30s F or around 2-4 C.

The weather will turn mild as the week progresses, up to 10 degrees C or 50 F by Saturday. This will no doubt affect water temperatures. We a have bigger tides this week, which will hopefully carry some springers into the river.

Floaters and long tips and slow sinking or intermediate shooting heads are the main lines in use. As for flies, the old favourites feature prominently. The gold Willie Gunn and Tosh are favourite as is the Dee Monkey.

As ever, listen to your ghillie!