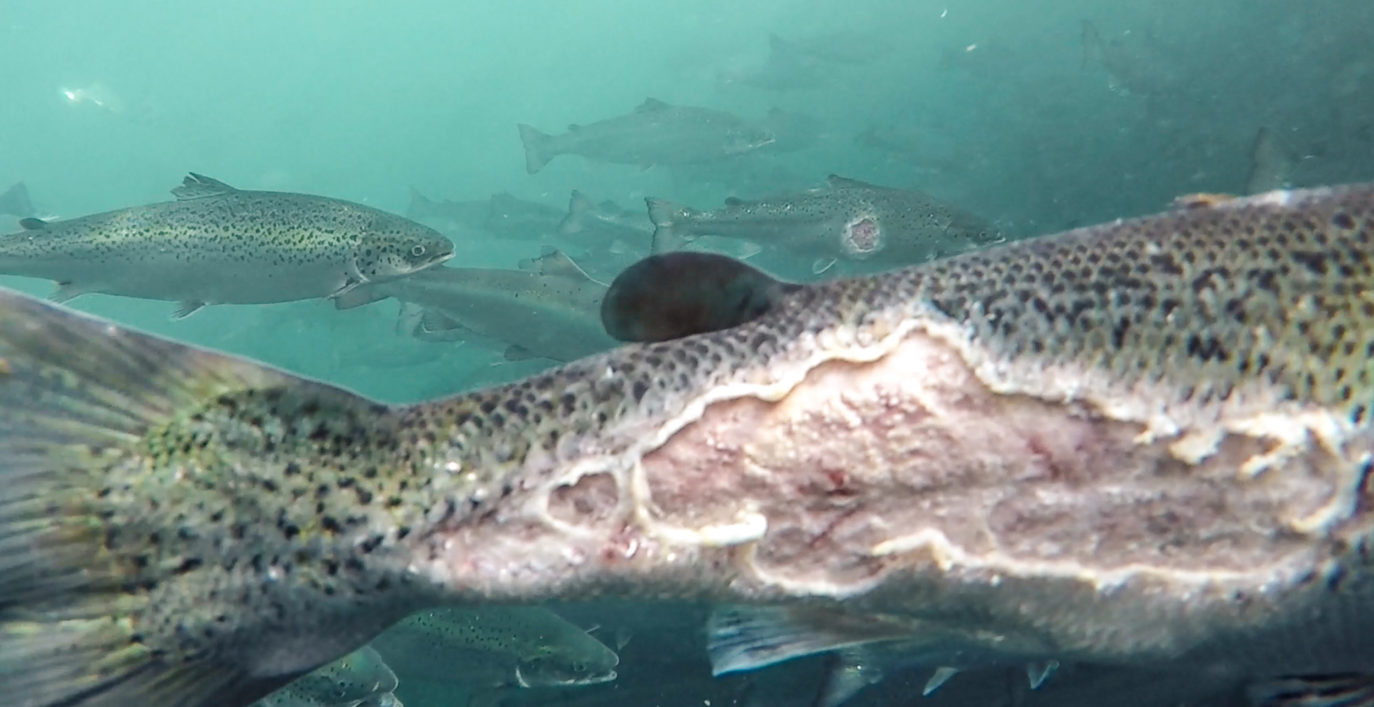 We at the Lax-A office where invited by Patagonia last evening to view their new documentary called: “Artifishal”

Got a chance to screen this new documentary from Patagonia on salmon fisheries/farms and hatcheries. It is on lessons learned and the TERRIBLE effects this industry has on the wildlife, nature and wild salmon. Washington state has voted to remove all sea pens by 2021 and we here in Iceland are just starting to put them down.

The plan is to put hundreds of thousands of Norwegian salmon in and around Iceland where the local Icelandic population is only 30 to 40000. This industry is paved my public ignorance, local politics in getting people jobs and Norwegian money that has only one intention profit at the cost of nature.

It is our God born right to protect our nature so that our children and our children children´s can enjoy it. We cannot engineer nature.

The indisputable facts I took from the movie:
1. Open sea pens break and non-native salmon will breed with wild salmon making them less capable to survive in the wild.
2. It is a fact that open sea pens lead to less wild salmon. The more sea pens the less we see of wild salmon and only 0.01% survive in the wild to start with so we do not want to tinker with this delicate system.
3. Huge amounts of sea lice collect in sea pens causing gaping wounds on fish and infect the natural salmon. Last year 200.000 salmon were killed because of sea-lice in one go in Iceland. Norwegian corporations told us we would not see sea-lice in Iceland due to the temperature of the ocean. But we have seen plenty.
4. Often times more than 20% of the salmon reared dies from disease.
5. Huge amounts of poison is dumped in the sea pens to try and prevent sea-lice and other diseases.
8. In the USA the effects of sea pens and hatcheries is now government funded to try and keep fish in rivers and lakes. It was estimated that a caught fish in the wild cost the taxpayer $68.000. Why tinker with a perfect system if in the end the profits go into the pockets of large corporations but the cost to the taxpayer.
9. Local wild salmon is not only important for anglers. It is vital to the survival of nature in general. The dead carcasses that collect in the rivers each year bring important nutrients far inland for nature to reap such as trees and vegetation.
10. Norway has banned open sea pens so that is why it is important to go elsewhere and use the same tactics as before. The same tactics the tobacco companies used.

How can something be called farming if more than 20% of your livestock dies!

Watch the trailer and if you get a chance watch the documentary.
https://www.youtube.com/watch?v=I-MMlQ5AIzQ&feature=youtu.be