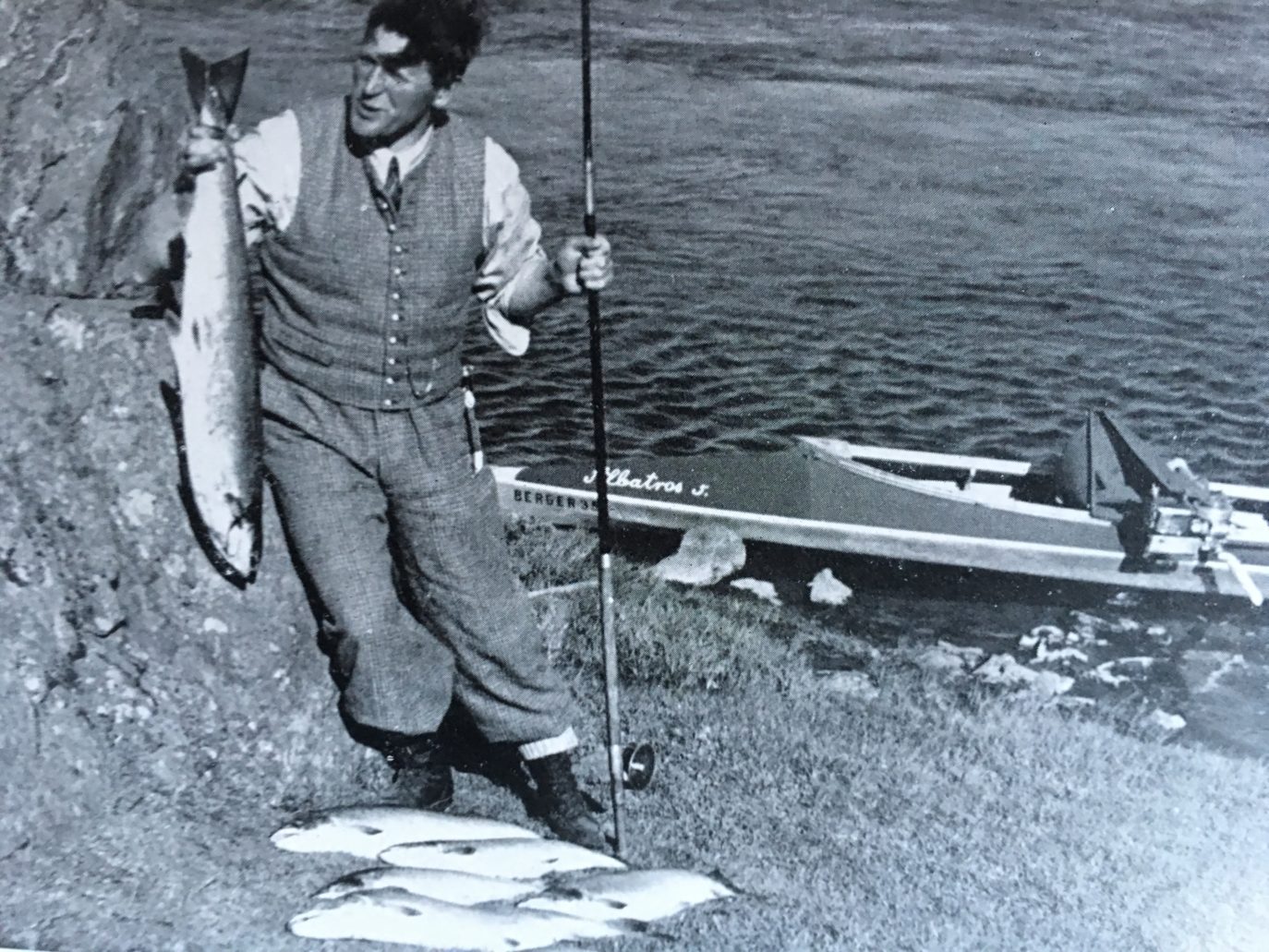 I have been reading the book FJALLAMENN ( The Monutain man´s ) writer is the famous Salmon Angler and Outdoors man Mr. Gudmundur Einarsson from Middal , very interesting fishing story there. It was the last weekend in August approx 1942 , when Gudmundur spend the weekend fishing the river SOG beat Asgardur. The first afternoon he arrived on Friday he went up to the pool Breidan just above where our fishing lodge is now , he met his friend that already had landed 2 salmon both over 30 pounds! This evening Gudmundur landed 31 pounder , 27 and 25 pounders! Following morning Gudmundur went up to Breidan pool again and started fishing early morning , this day Gudmundur was fighting salmon from 8 a clock in the morning with out a brake until 8 a clock in the evening when he had to stop fishing because he was to tired. The total of salmon landed for this single day was 19 Salmon from 15 pounds up to 33 punds, all fish took at the same spot on Breidan pool. The following day he went fishing again but did not mention numbers in his story , but the biggest fish was 127 long and weighted 2 day later in Reykjavik 34.5 pounds! These where the days !!!! But hang on for a minute … exactly the same happened to me this summer middle of July , same river , same beat and exactly the same pool / taking spot , what happened was when I arrived i realized that something very special was going to happen , the pool was loaded with Salmon head and tailing all over the place , I hooked and played exactly 19 Salmon .. same as Gudmundur , the only difference was my salmon was smaller , and I lost 16 Salmon for some reason god knows why ! … I only managed to land 3 Salmon , but what a day .. what a adventure and what a story that this all happened again on the same spot 77 years later !  Picture is of Gudmundur , but from another river the Junction pool of Nordurá and Hvíta. Árni arnibald@lax-a.is