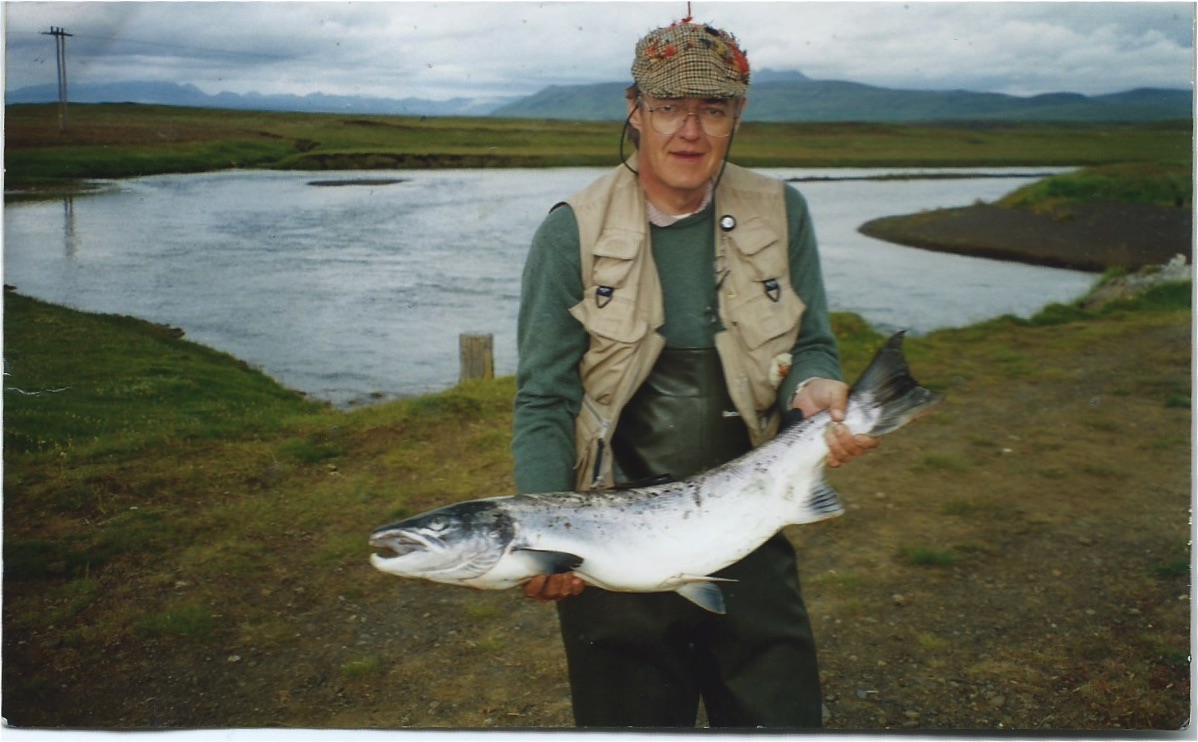 Scotsman Ian Bain, an old hand at catching salmon in Iceland, reflects on two decades of fishing his favourite river

“Your room isn’t quite ready yet,” I was told when I arrived for the first time at our East Ranga base.  An hour later they were still apologising and I asked politely how long did it take to clean a room. “Oh, it’s not the cleaning,” said the lady. “We’re putting the roof on.”

This was not the comfortable lodge we know today, but a collection of chalets, some hastily built, encircling a central dining room on the other side of the town of Hvolsvollur. On another occasion we were accommodated in the then newly-opened Ranga Hotel where the rooms were first class but the food was diabolical.  The chef, it transpired, had lied about being a chef.

It goes without saying that 20 years of fishing the East Ranga has produced a store of memories – mainly good ones, a few disappointing, some poignant and one or two hilarious.

It used to be that the Bridge Pool was the mecca of the East Ranga. Before the gravel shifted, you could stand on the road bridge and see 50 or more salmon lying tightly together. We were fishing it in the afternoon – after the two morning rods had taken 32 fish.  Oh woe and despair!  We caught only eight. It took a little time for me to accept that ‘only eight’ was a pretty decent catch by any standards.  One of the eight was a 9kg fish and there exists a video of our somewhat inebriated guide Hafli chasing it round and round the pool with the net while I’m yelling at him to stand still.  He got it in the end though.

We gave dinner at the chalets a miss that night and just sat on the bank with a couple of beers and fish and chips from the town, listening to the river and the cry of the whimbrel and feeling the glow of good company and the evening sun. Sadly, Hafli died a couple of years ago.

The Bridge pool is not the only one that has changed over time.  Rimahylur on Beat 2, which I fished twice in my 2010 week and caught ten salmon each time, most of them 2SW, has deepened and is less productive while Lambhagabreida on the same beat used to be brilliant, then went blank for a few years but is now reflecting some of its former glory.  Two of us took 24 fish one morning from Hofsvad on Beat 7 but these days I don’t bother to fish it.  On the other hand, pools like Dyjanes on Beat 5 and Preytandi on Beat 4 are now among my firm favourites.

You might wonder why I come back again and again to the East Ranga. I sometimes wonder too. It’s not the prettiest of Icelandic rivers and while it never suffers from lack of water, it is prone to colouring up when too much rain or sun invites a glacial overspill.

Of course, it’s the fish that attracts me but that’s not it entirely.  My best week was 54 salmon, averaging nine a day.  Most visits I take 20 or 30 or simply enough. What also draws me back is the fact that I’ve got to know and like the guides and the people who run the lodge and who run Lax-a itself.  The fishermen are often the same year after year and it’s like meeting up with old friends, especially my Spanish amigos (as long as they’re not fishing ahead of me and emptying the pools with worm and spinner).

Then there’s the mystical qualities of Mount Hekla that I can feel long before I see her, but that’s another story.

I am never at breakfast by 7 am, nor even out of bed, and it is this easiness and acceptance that has helped me feel at home on the East Ranga although I’ve fished many Icelandic rivers, among them the West Ranga, Laxa in Kjos, Laxa in Adaldal, Nordura, Hitara, Svalbardsa, Fnjoska, Affall and Lagurdalsa.

So after something like 30 visits (I sometimes come twice in a season), the East Ranga is where I feel the most comfortable, especially as I edge deeper into my seventies and where my idiosyncrasies (no red meat, no spices, no hint of tomato, soft mattress topper and more) are readily accommodated.

I shall be there again from August 1, hoping that this season’s big runs of 2SW fish have not entirely disappeared and looking forward to seeing again all the old faces.

One little bit of advice: If the river’s dirty and you’re going stir crazy on a Saturday night, don’t listen to anyone who tries to send you to the Silver Slipper at Selfoss, just behind Kentucky Fried Chicken.   That amazing nightclub, full of gorgeous women and cheap booze, began its existance as a figment of my imagination.  And so it remains… except that one year I sent a very irritating young German angler there. The next morning he staggered into breakfast without having slept and looking quite dreadful. “How,” I asked guiltily, “did you get on?”

“Ian,” he said, “it was fantastic!.. everything you said it would be!”

Picture shows:  A much younger – and slimmer – Ian Bain with an 8 kg salmon from the Dyjanes pool on Beat 4 of the East Ranga.